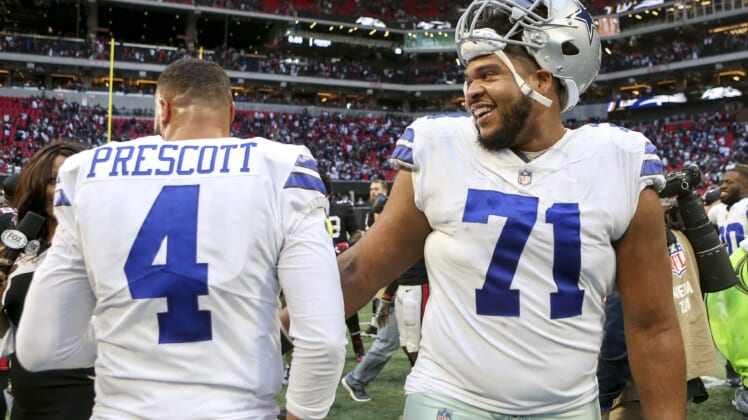 After attempting to trade the starting right tackle for salary cap purposes, Dallas has opted to release Collins. The move saves the team $10 million against the cap in 2022 while creating even more holes.

A former undrafted free agent out of LSU, Collins has morphed into one of the better tackles in the NFL. He’s started all 57 games in which he’s appeared over the past four seasons — helping provide franchise quarterback Dak Prescott with the necessary protection up front.

This move comes after Dallas was forced to trade star wide receiver Amari Cooper to the Cleveland Browns for pennies on the dollar while losing edge rusher Randy Gregory to the Denver Broncos in free agency.

For the Cowboys, releasing La’el Collins creates a hole opposite franchise left tackle Tyron Smith. According to Pro Football Focus, Collins was the 15th-ranked offensive tackle in the NFL last season. When talking solely right tackles, he was ranked among the top-five.

We’re talking about an elite-level right tackle heading to a market with a number of teams in desperate need to upgrade at that position. Below, we look at four ideal landing spots for Collins.

La’el Collins landing spots after release from the Dallas Cowboys

While these are the four teams we’d link Collins to the most, his market is going to be vast in the grand scheme of things. That includes some other options, too.