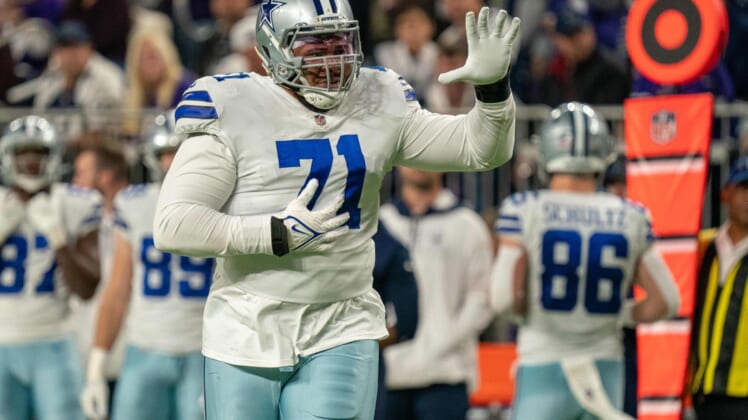 The Dallas Cowboys have given the agents of right tackle La’el Collins permission to seek a trade, ESPN reported Saturday.

Collins signed a five-year, $50 million contract extension with the Cowboys in September 2019 and would count $15.25 million against the salary cap if he remains on the Dallas roster this season.

A trade would free about $1.3 million in cap space. ESPN said he is likely to be released if a trade isn’t worked out.

The Cowboys are looking to clear salary cap space to pursue free-agent linebacker Bobby Wagner or to retain wide receiver Amari Cooper, according to reports earlier this week.

Collins, 28, has played guard and tackle for the Cowboys and appeared in 12 games last season. He missed the 2020 season with a hip injury that required surgery but started all but one game the previous three seasons.

He served a five-game suspension in 2021 for violating the league’s substance abuse policy.