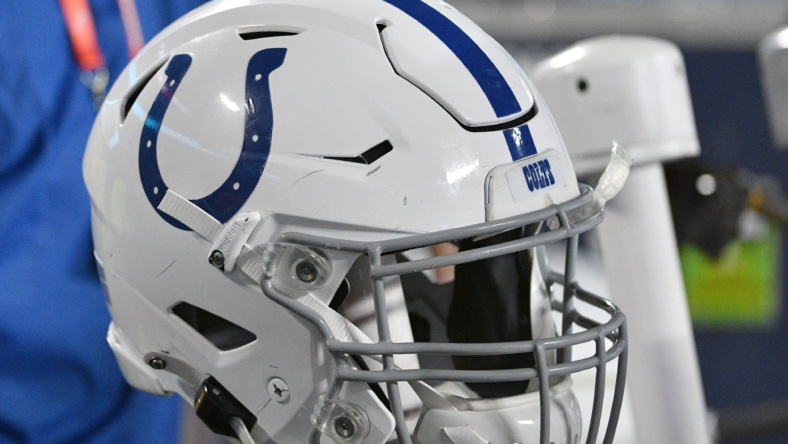 The headline says it all. It is the question we will be attempting to answer here. To be fair, we may not even come to an answer to what the Indianapolis Colts could possibly be thinking. In the end, it may be more of a recollection of what has been going on with this team in the past five years. It’s pretty amazing to see how the organization arrived at this point.

One thing is for sure, the product on the field may want to make fans gouge out their eyes or make their eyeballs bleed from its lackluster and consistently poor performance. The team off the field is making up for it with the choices of their decision-makers. So, grab your favorite snack and beverage and get ready to dive into the mess that is currently the 2022 Colts.

The lack of accountability starts at the top

Going back to the previous regime, Jim Irsay stated that then-general manager Ryan Grigson and head coach Chuck Pagano were tied at the hip. Meaning that if one went, they both would go. Well, after the 2016 season, Grigson was fired, and Pagano stayed. Chris Ballard was hired, and it’s widely speculated that he knew Pagano was going to be gone at the end of the season.

Outside of a miracle happening, that is. Ballard ended up wasting a draft class for a coach that was terminated at the end of the season. But nobody ever highlighted that this was the beginning of the end for the Colts organization. The owner said that if one went, they both would. Instead, only one went, and then the other went a year later.

So, as an employee not named Ballard, why should you ever be fearful of what the owner has to say? The owner just went back on his own statement and discredited himself in the process. From then on, Irsay should have worked to rebuild his reputation. He should have demanded accountability from everyone, even himself.

If you’re Ballard, you should also be demanding accountability, as your owner has just let everyone know that Indianapolis is a place to come because it doesn’t matter whether you win or lose, you’ll still get a contract. This statement from Irsay allowed the lack of accountability within the organization to grow.

Fast forwarding to the past five years

Now, you have a team that has gone through two head coaches in the past six years and eight different starting quarterbacks, including five different Week 1 starters. Now over the past two weeks, you have Irsay saying that he is not considering firing Frank Reich, only to have him terminated.

And before Reich was fired, he terminated his offensive coordinator Marcus Brady. Blaming the team’s slow starts in games on him. Reich also benched 15-year veteran Matt Ryan for the sixth-round second-year pro Sam Ehlinger. Why exactly was Nick Foles brought in again?

And the offensive line, which is the highest-paid in the NFL, has had numerous changes to it all because of poor play. Yet, Reich tells us that the current offensive line coach, Chris Strausser, is doing a fine job. The offensive line that Ballard has invested so much money into. That goes to show how his core beliefs in how he wants to build a team have regressed over the past two seasons.

Ever since the team parted ways with Dave DeGuglielmo because he was too hard on the players and swore too much, the offensive line’s play has gotten worse. Yet, instead of making a change in the o-line coach, the team blames their OC. And the first game after Reich takes over all of the OC responsibilities, the team puts up its worst offensive performance since the team has been in Indianapolis.

This led to Irsay’s daughter tweeting multiple different “shots” at the team. This only makes us wonder if Mr. Irsay invited his daughter over for a family dinner last night or if her invitation was “lost in the mail”? Regardless, all of these poor performances and slow starts were just too much to ignore, and Reich had to be let go.

Was Frank Reich really the guy Chris Ballard wanted at all?

Sorry for the George Lucas style of storytelling; jumping back and forth in the timeline to tell a story. But going back to when Ballard made his first head coaching decision, it was Josh McDaniels who he wanted. The current Las Vegas head coach, whose team has now lost three games when having a 17-point lead. The Colts dodged a bullet with McDaniels’ last minute backing out of his word.

So, in a scramble to fill the team’s head coaching vacancy they hired Philadelphia’s offensive coordinator Frank Reich. This move was pegged as a great hire as Reich was viewed as an offensive innovator and genius. But the question needs to be asked now, who made this hire in the first place?

If it wasn’t for that meddling owner

Jim Irsay is the owner of the Colts and he can do whatever he wants with his team. That’s the best perk of owning a sports franchise. Irsay is also known to love his Colts’ history and anyone who helped bring success to the organization.

Reich was on the coaching staff of Tony Dungy and was a part of the staff when the team won their Super Bowl in Miami in 2007. Irsay loves to bring back former players, so did Ballard want to hire someone different but Irsay said Reich needed to be the hire? This may not make a lot of sense until you factor in the Colts’ latest hire to replace the dismissed Reich.

Once the news broke that Reich was out speculation began as to who would be the interim guy. Many believed that Gus Bradley would be the guy since he has previous head coaching experience. And it also happens to be in the AFC South too. The guy many wanted to see get hired, is special teams coach Bubba Ventrone.

Ventrone’s unit has been consistent and one of the best in the NFL. He was also featured on HBO’s Hard Knocks last season. His unit has always been well coached and prepared, something that he no doubt picked up from his time in New England under Bill Belichick.

Instead, the team hired former Colts great Jeff Saturday to be the interim head coach. Wait, what? Saturday isn’t anywhere on the staff. In fact, he’s been working for ESPN and was Hebron Christian Academy’s high school football coach from 2017-2020. Let’s not forget that other former Colts greats Robert Mathis was a former coach, and Reggie Wayne is the current wide receivers coach.

This is a head-scratching hire from Ballard, that is, until you realize this move wasn’t done by him but by Irsay. So, why keep Ballard around any longer if Irsay is now calling the shots? Remember, he is the one who made the decision to go with Ehlinger as the starting quarterback and bench Ryan.

Again, Reich said the move from Ryan to Ehlinger was not as a result of Ryan’s injury, that it was going to happen anyways. So, again why keep Ballard if he’s not going to be able to do his job fully? Maybe this question will be answered during Monday night’s press conference, or maybe some more information will be shared that can help shed some light.

Regardless, the fan base is left asking this question. What is going on with the Indianapolis Colts? From what some elder Colts fans are saying, this team is currently reminding them of the Colts teams from the 80s. For those unaware, those teams were the laughingstock of the NFL.

In fact, the Colts’ marketing team used to pitch coming to games by highlighting the opposing team’s star players. A lot of younger Colts fans never had to experience this, as they only know Peyton Manning-era football.

For now, Colts fans can only sit back and laugh at what is happening, so they don’t cry. This roller-coaster ride doesn’t appear to be ending any time soon as the team will hire a new head coach and most likely a new GM too.

Related: Chris Ballard’s ego is hurting the Indianapolis Colts and will cost him his job