The Aaron Rodgers era is over, it’s time for a Green Bay Packers rebuild in 2022 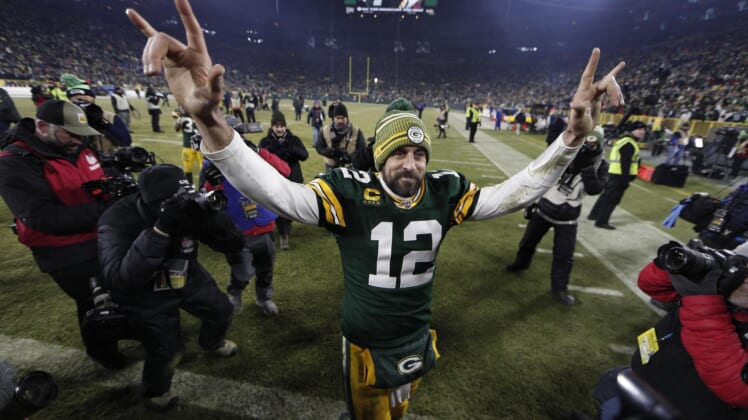 Green Bay Packers quarterback Aaron Rodgers came into the 2021 season determined to prove everyone wrong. The front office, the NFL world and media were all a part of his revenge tour on a mission to bring the Lombardi Trophy back to Green Bay. Once again, his mission failed in the playoffs.

Everything came together as the Packers walked into the postseason. The NFC’s No. 1 seed would play at Lambeau Field in frigid conditions with Za’Darius Smith, Jaire Alexander and Randall Cobb all returning. Green Bay was the Super Bowl favorite for good reason. An NFL MVP at quarterback, one of the best NFL head coaches calling plays and a defense capable of creating takeaways and crucial stops.

But once more, in a tale all too familiar for Rodgers and the Packers’ franchise, they fell short. Fingers are being pointed everywhere. The David Bakhtiari torn ACL, suffered before the playoffs last season, kept him out of another crucial postseason matchup. Matt LaFleur’s decision in December to keep special teams coordinator Maurice Drayton around, despite ample evidence from the worst special-teams unit in football, cost Green Bay 10 points in a 13-10 loss. 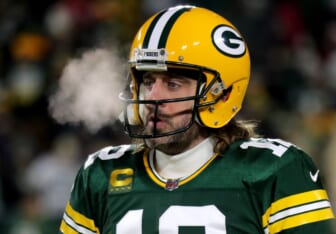 But Rodgers also had chances to win the game. In elements he’s repeatedly said he loves, the future Hall of Fame quarterback froze at Lambeau Field far too often. He got the football back with a chance to win it in front of the home crowd, but the drive ended in Green Bay’s second consecutive three-and-out.

LaFleur made the obvious clear, they want Rodgers back next season. But after everything that transpired the last offseason and considering the 38-year-old’s constant hinting at an uncertain future, a return feels unlikelier than ever before.

The Packers enjoyed an incredible run with Rodgers under center, but only came away with one Super Bowl. Now, they must prepare for one of the most difficult NFL offseasons in recent memory.

There’s a reason many in Green Bay viewed this as the team of destiny. For all the flack general manager Brian Gutekunst received for not putting championship-caliber talent around Rodgers, that wasn’t a problem this time around. De’Vondre Campbell, signed to a $1.2 million contract in free agency, earned All-Pro honors at linebacker. Rasul Douglas, an in-season addition off the Arizona Cardinals practice squad, played like one of the best cornerbacks in the NFL.

Two of the best players on the Green Bay Packers defense are free agents. So is Davante Adams, who wants a contract extension that matches the average annual value ($27.25 million) DeAndre Hopkins gets paid. They aren’t alone, the list of impactful players who are about to hit the open market is extensive.

Even with the 2022 NFL salary cap soaring to $208.2 million, a huge increase from the 2012 figure ($182.5 million). Green Bay can’t afford to re-sign all of them or even a majority of them. It’s because they’ve backloaded contracts for years, banking on one last Super Bowl run to make it worth it. Now it’s time to pay the price without even getting the reward.

If Green Bay places the franchise tag on Adams, which reports suggested during the season, that’s $20-plus million guaranteed on the salary cap.

Simply put, there isn’t enough money to run it back with this roster or even 90% of it next season. With Rodgers having the freedom to retire or demand a trade anywhere, Adams will follow him out the door. At that point, things could get even uglier as the franchise starts to reset its cap situation.

Because of Rodgers’ COVID absence, we saw Jordan Love make his NFL debut in 2021 and it wasn’t pretty. While playing on the road against Kansas City Chiefs is a daunting challenge for any quarterback making his first start, Love showed little sign of franchise-caliber talent.

In a game where Green Bay only needed to score 14 points to beat Patrick Mahomes, Love could barely muster a lone scoring drive. He completed just 19-of-34 attempts, throwing one interception and really struggling to establish a rhythm. Months later when Love took over in Week 18 against the Detroit Lions, the second-year quarterback threw two interceptions with a 64.0 QB rating and 58.8% completion rate

Keep in mind, he received plenty of practice reps early in the summer when Rodgers skipped minicamp. The reports weren’t promising and there was even indication the Packers’ organization lost confidence in its 2020 first-round pick. But if Rodgers leaves, Green Bay will likely have no choice but to start Love. Unfortunately, he’d be heading into a bad situation.

Green Bay’s offensive would get Bakhtiari and Elgton Jenkins back, but there are no guarantees either player returns to the same level after ACL surgery. Furthermore, there is plenty of evidence to suggest that Rodgers helped his offensive line look better and it would regress under a quarterback with one career start.

While the Packers could bring Valdes-Scantling and Lazard back, Adams won’t play in Green Bay if Rodgers isn’t sticking around. So, Love takes over a team with a skill group that is a shell of its former self. He also likely won’t have a top-10 defense.

All of this is bad enough for the Green Bay Packers. It sets Love up to take over in extraordinarily challenging circumstances, stepping in for a quarterback whose shoes no one can fill. The Packers won’t have the money to attract free-agent talent this offseason and an exit from Rodgers would ensure marquee names avoid Green Bay whenever possible.

Maybe Rodgers comes back, signing a new contract to create salary-cap space. If that happens, it could open the door for Adams to play on the franchise tag and the offense could try to replicate its success. But even if that happens, the defense won’t be the same. 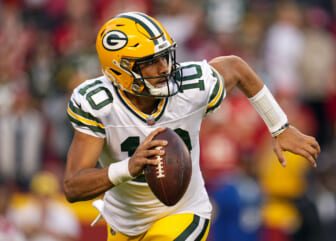 The Green Bay Packers had two of the most talented quarterbacks in NFL history from 1994 to 2021 and they’ll likely come away from it with only two Super Bowl celebrations.