Adams is entering the final year of his contract, a four-year extension worth $58 million he signed in December 2017. Four years later, the All-Pro weapon is looking to become the highest-paid wide receiver in the NFL and the clearest path to that deal is via NFL free agency.

But the 29-year-old may not reach the open market. NFL executives told Ian Rapoport this week that Green Bay is expected to place the franchise tag on Adams. While a set price for the exclusive tag isn’t official, it’s projected to be for at least $20 million guaranteed. 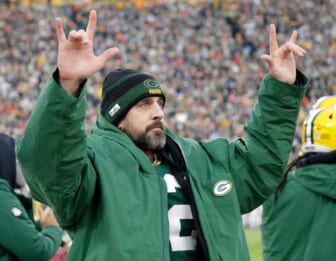 Keep in mind, negotiations between Adams and the Packers went poorly this past offseason. The two sides broke off contract talks in July, with the star wide receiver coming away displeased with the offers he received. He wants to surpass DeAndre Hopkins’ extension, worth $27.25 million per season, but Green Bay reportedly didn’t want to recognize that figure as a mark to match because it was an outlier for receiver contracts.

If the Packers are hoping Adams gives them a discount to remain teammates with Rodgers, it isn’t happening. He already played for far less than market value in recent years, ranking behind the likes of Jarvis Landry ($15.1 million) and Robby Anderson ($14.75 million ) in average salary per year.

Assuming Green Bay applies the franchise tag, its cap situation becomes even more complicated. The Packers are already projected to be $30-plus million over the 2022 salary cap, meaning they need to part ways with starters and key reserves just to bring Adams back and to sign their 2022 draft class.