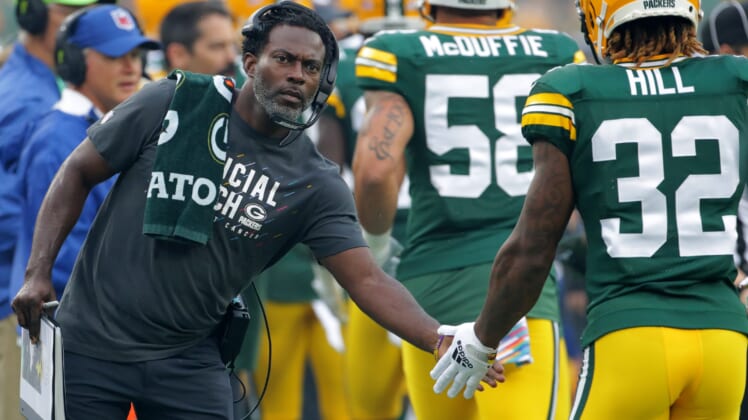 The Green Bay Packers walked off the field after Sunday Night Football with a win over the Chicago Bears, but another woeful performance from the special teams led to many fans calling for Maurice Drayton to be fired.

Drayton, the Packers’ special teams coach, joined the organization in 2018 as an assistant with the special teams unit. He was promoted to the full-time coordinator position after head coach Matt LaFleur fired Shawn Mennenga following the team’s NFC Championship Game loss to the Tampa Bay Buccaneers.

But the coaching change hasn’t fixed one of the worst special teams in the NFL. In Sunday’s win over Chicago, the Packers’ special teams allowed a 98-yard punt return touchdown by Jakeem Grant and also surrendered a 34-yard punt return. Furthermore, Bears’ running back Khalil Herbert returned five kickoffs for 128 return yards, including two returns of 40-plus yards.

Entering Week 15, Green Bay is allowing the seventh-highest kickoff return average (25.9) and its own return unit has the third-fewest 20-plus yard kickoff returns (6).

But when LaFleur was asked in his post-game press conference whether or not he was considering a change at special teams coordinator, he responded, “absolutely not” and pointed to poor execution and some improvements the team has made.

“We got to get things corrected. I’ll be the first to tell you that, yeah, there’s some things we have to clean up as coaches, no doubt about it, but we have to execute better as well. On a bright side, I think our PAT field goal operation has been much improved. I think our coverage units have been solid most of the year. Tonight they were not.”

However, it’s fair to wonder how much more time Green Bay is willing to give Drayton. Week 14 was the latest example of the Super Bowl contender’s alarming weakness in a key aspect of football.

Amari Rodgers, a 2021 third-round pick, continues to struggle as a punt returner. He muffed a punt return on Sunday night, but it was nullified by a Bears’ penalty yards away from the play. But Green Bay is still tied for the NFL lead in fumbled punt returns (four), doesn’t have a single return of 20-plus yards this season and Rodgers ranks 15th in average punt return yards (7.44) among qualified returners.

LaFleur mentioned the team’s improvement on field goals. Mason Crosby converted a 20-yard field goal and drilled all six of his extra-point attempts in Week 14. But even after that perfect performance, the Green Bay Packers have the second-worst field-goal conversation rate (67.9%) in the NFL and the second-most blocked kicks (two),

It’s clear the Packers boast the offense and defense to win a Super Bowl, but the best teams in the NFL win because they executive in all three aspects of the game. If the special teams’ woes continue, it will prove costly for this entire organization.