3 NFL trades that need to happen around roster cut dates

With all 32 teams soon to trim their rosters to 53 players, there’s always a possibility that we’ll see some wild NFL trades — or at least feasible scenarios that’d benefit both teams involved in such hypothetical deals.

Let’s take a look at three NFL trades we’d love to see before Week 1 of the 2021 regular season kicks off.

It’s well-known by this point that Chandler Jones doesn’t want to play for the Arizona Cardinals anymore. Frankly, they’re well-stocked on the front seven with the likes of J.J. Watt, and recent first-round linebackers Isaiah Simmons and Zaven Collins. 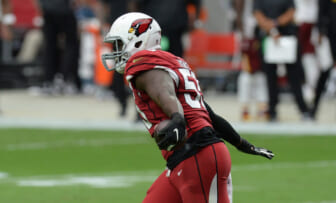 Yes, this is only Year 1 of the Zach Wilson era, yet it’s also a great chance for New York to start building something in earnest with the No. 2 overall pick beginning his rookie contract. The defensive side of the ball looks thin, and losing Lawson is a devastating blow.

Jones may like the appeal of a bigger market, and getting to play his ex-team, the New England Patriots, twice per season in the AFC East. The Jets are projected to have more than $62 million in cap space for 2022. What’s the harm in taking on Jones as a needed veteran presence in the locker room?

Among all the NFL trades and star players involved in these scenarios, Jones stands out as a clear candidate to be moved.

Everyone has soured on Jaylon Smith because of his bad season with the Dallas Cowboys in 2020. In Mike Nolan’s system, though, no one was really set up for success.

Did Jerry Jones overpay Smith? Yes, but that doesn’t mean he can’t play, and the Cowboys have rookies Micah Parsons and Jabril Cox who Dallas should prioritize getting more snaps to expedite their development.

This ties back to Wilson’s situation: the Cincinnati Bengals are easily the worst team in their division, the AFC North, and are in serious jeopardy of burning through the second season of Joe Burrow‘s rookie deal with little to show for it. 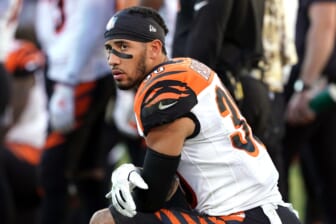 Cincinnati’s defense is solid on the back end, but its front seven — and the linebacker group in particular — is a huge question mark. Smith would likely embrace the chance to play with a chip on his shoulder, getting dumped by America’s Team into Football Siberia in Cincy.

The Bengals need to show they’re serious about winning during Burrow’s tenure. Their stubborn refusal to reward elite safety Jessie Bates III with a new contract is the latest puzzling move. If this mentality persists, they’ll be hard-pressed to convince Burrow to stay beyond the duration of his first contract.

Here’s a two-for-one to cap things off! There are a couple destinations that would make sense for Gardner Minshew if the Jacksonville Jaguars trade him, and really, they should.

The Jaguars’ offensive line, particularly at the tackle positions with Cam Robinson and Jawaan Taylor, looks atrocious. Robinson and Taylor ranked 62nd and 71st respectively last season in Pro Football Focus’ grades out of 79 qualifying offensive tackles. Plus, rookie Walker Little, talented as he may be, isn’t quite ready to start.

Protecting Trevor Lawrence should be the top priority. There are probably too many holes on defense to even consider a larger overhaul at this point. So, here are the trade scenarios involving Minshew, as Jacksonville wins too by getting what it needs most: