2022 Final Four teams: 8 programs with best chance to win it all 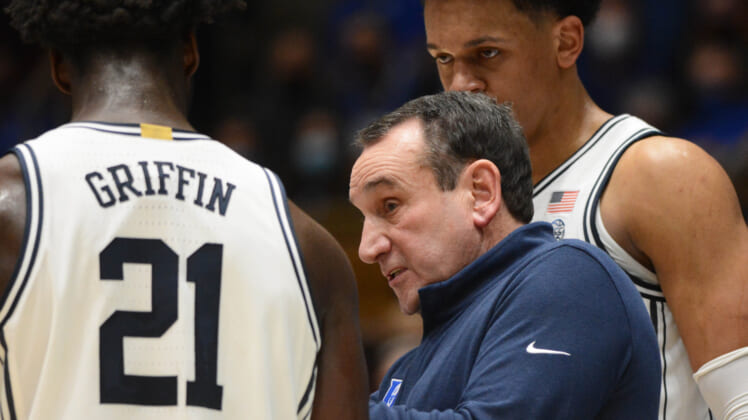 More than previous seasons, the road to the college basketball Final Four is wide open. Realistically, 12 teams have a tremendous shot to play for the championship in New Orleans.

Here, we look to narrow down the list of top contenders with conference tournaments getting going here soon.

The Gonzaga Bulldogs have looked like legit top-end contenders all season. However, a loss to Coach K and Duke earlier in the campaign has us wondering whether the Blue Devils are the odds-on favorites.

These are among the eight teams with the best chances to earn a trip to the Final Four come April. 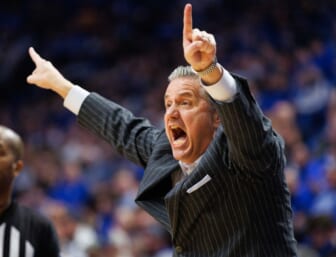 At 24-3 on the season and 13-1 in the West Coast Conference, Mark Few has his Bulldogs as the top team in the nation once again. Earlier in the season, Gonzaga took out two top-five teams in that of the Texas Longhorns and UCLA Bruins before losing to the Duke Blue Devils in Vegas.

Despite a recent road loss to Saint Mary’s, everything is set up well for Gonzaga to make another run to the Final Four. Freshman big man and No. 1 recruit Chet Holmgren has been stellar this season. Veteran Drew Timme leads the team in scoring at 17.6 points per game. Meanwhile, the Zags have three other players averaging double-digit points in Julian Strawther, Andrew Nembhard and Rasir Bolton. This team is deep and set up well to succeed in the NCAA Tournament.

Another top-end freshman and the potential No. 1 pick in the 2022 NBA Draft, Jabari Smith has been downright dominant for the Tigers this season. The forward is averaging 16.9 points and 6.9 rebounds while shooting an absurd 43% from three-point range. He’s also averaging 25.6 points in his past five games — all against SEC rivals.

The biggest lingering question for head coach Bruce Pearl and Co. is who can help Smith dominate come tourney time. Guards K.D. Johnson and Wendell Green are both averaging north of 12 points. Unfortunately, both are shooting in the low 30s from distance.

Wisconsin has the “it” factor with Johnny Davis

A recent sparring match against Juwan Howard and Michigan nothwithstanding, these Badgers have primarily been in the news recently for their dominant play in the Big Ten. Wisconsin has won five consecutive games with a recent victory over a top-10 team in Purdue mixed in.

The one common denominator? Sophomore guard Johnny Davis. The 6-foot-5 scorer is averaging 20.3 points and 8.3 rebounds on the season. He’s shooting 48% from two-point range and has shown tremendous mid-range ability. If Wisconsin can get more from the likes of Brad Davison and Tyler Wahl, the program could earn its first Final Four appearance since future NBAers Frank Kaminsky and Sam Dekker were dominating for the team back in 2014-15.

We know all about the drama that surrounded former Arizona head coach Sean Miller before he was ousted from the program following the 2020-21 campaign. Picking up the slack in his stead, Lloyd has Arizona in title contention this season.

It starts with all-everything wing, Bennedict Mathurin. He’s a legit College Basketball Player of the Year candidate — averaging 17.2 points and 5.7 rebounds on a resounding 54% shooting from the field. At 26-3, Arizona finds itself as the unquestioned top team in the Pac 12 heading into their conference tournament. Could a recent blowout home loss to Colorado set this team back? We highly doubt it.

Purdue Boilermakers will be a tough out

Despite a pedestrian 13-6 recod in the Big Ten, we absolutely love what Purdue could do in the NCAA Tournament. This team ranks No. 6 in the nation in scoring at 81.1 points, led by explosive guard and likely lottery pick Jaden Ivey. Big man Zach Edey also continues to up his game after earning Big Ten All-Freshman honors last season. The 7-foot-4 center is averaging 14.9 points and 7.5 rebounds on the campaign.

This inside-out game translates well to postseason basketball. Despite a two-game losing streak, heading into their regular season finale, including a narrow defeat at the hands of Wisconsin, we like how this team stacks up. 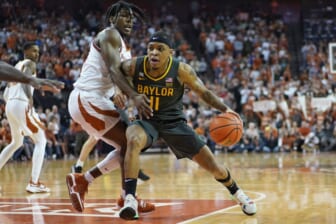 Baylor found itself as the No. 1 team in the nation after a 15-0 start to the campaign. This included wins over top-10 teams such as Villanova and Iowa State. Since then, it’s been a mixed bag for head coach Scott Drew and Co.

The Bears are just 10-5 in their past 15 games, including a 3-3 mark against top-25 clubs. However, a recent win over the Kansas Jayhawks could set the stage moving forward. It will be all about how the depth steps up. Baylor has seven players averaging north of eight points per game. Are potential first-round picks Kendall Brown and Matthew Mayer ready to show their stuff?

John Calipari to another Final Four with Kentucky?

Never discount a Calipari-led team. He’s led six teams to the Final Four since jumping on to the scene with Massachusetts in the late 1980s. After a disastrous nine-win 2020-21 campaign, the legendary coach has his Wildcats back to contending status.

Kentucky boasts a 24-6 record and is 9-2 in its past 11 games heading into the regular-season finale against Florida. The largest reason for this success has been depth with five players averaging double-digit points. However, it all starts with guad TyTy Washington. The freshman top-15 recruit is shooting 47% from the field this season and has been a tablesetter on offense. 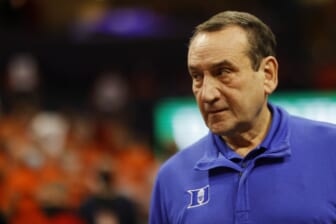 One last Final Four run for Duke under Mike Krzyzewski

Set to retire after 32 seasons, 12 Final Four appearances and five national championships, Coach K will go down as one of the greatest in history. Could it lead to a six title before all is said and done?

If the Blue Devils’ recent performance is any indication, we wouldn’t put it past this team. Duke is in the midst of a seven-game winning streak — all against ACC competition. It has already defeated fellow title contenders in that of Kentucky and Gonzaga. Meanwhile, this roster boasts four likely 2022 first-round picks in Paolo Banchero, Wendell Moore, Mark Williams and AJ Griffin. That’s just insane.