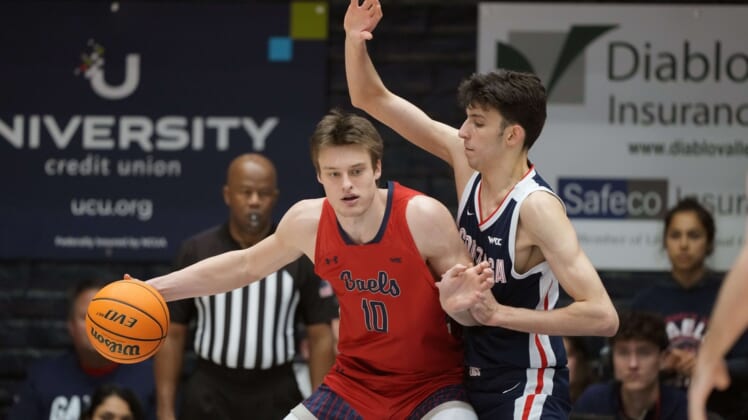 It marked the second time the Gaels have defeated a No. 1 team in 13 opportunities. The other time was the school’s memorable 60-47 victory over Gonzaga in the 2019 West Coast Conference Tournament title game.

“That was a historic win,” Logan Johnson, who had 10 points and eight rebounds for Saint Mary’s, said in a postgame television interview. “Shout-out to all the Gaels before us who paved the way to this point.”

Rasir Bolton scored 16 points, Andrew Nembhard had 15 and Julian Strawther tallied 14 for the Bulldogs, who were held to a season-low point total far below their national-best average of 89.5 per game.

The Bulldogs shot just 36.7 percent from the field and were 5 of 15 from 3-point range.

Timme scored his first points of the game 11 seconds later on a short hook shot.

Kyle Bowen missed his first seven shots before draining a 3-pointer to give Saint Mary’s a 10-point advantage with 3:48 left.

Nembhard converted back-to-back baskets to bring the Zags within 60-54 with 2:16 left. But Bowen knocked down another 3-pointer 19 seconds later to make it a nine-point margin.

After Gonzaga pulled within six, Johnson and Ducas each made two free throws to seal it.

Timme struggled mightily, missing all eight of his field-goal attempts.

Saint Mary’s exploded out of the gates with eight straight points and 12 of the first 15 to set the tone for the game.