Kentucky pulls even with Arizona behind Gonzaga’s NCAA odds 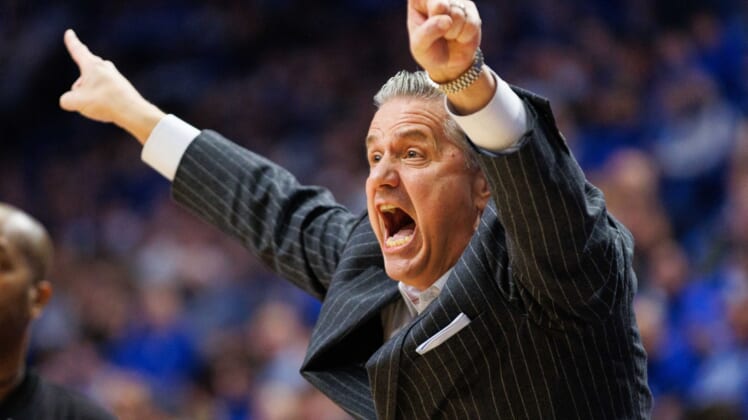 The top 10 didn’t see massive movement with eight of the top 10 teams losing last week, but the wild late-season action did impact how oddsmakers view the NCAA Tournament favorites.

Gonzaga remained No. 1 in the Associated Press Top 25 pole despite losing to St. Mary’s, although the Bulldogs are no longer the unanimous choice after collecting 46 of 61 first-place votes. They’re also the +400 betting favorite at BetMGM, holding steady from last week after opening the season at +600.

Arizona also hung onto its No. 2 ranking after a 16-point loss at Colorado. Kentucky lost at Arkansas and sits at No. 7, but the Wildcats counterparts share the second-shortest odds at +800.

Also being offered at +1000 is eighth-ranked Purdue, which opened the season at +1600. The Boilermakers remained ahead of Baylor and Duke, who both garnered first-round votes after being the only two Top 10 teams not to suffer a loss last week.

That still puts the Bears behind Kansas at +1400.