10 burning questions for the 2021 MLB season 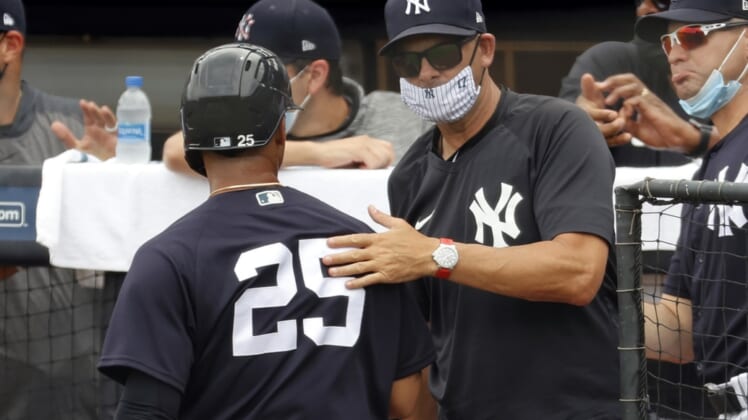 The 2021 MLB season is just days away. Expectations are set, and there are plenty of storylines to keep tabs on as the season progresses.

A young Tampa Bay Rays player will be key to their success in the ultra-competitive American League East. The National League West promises to be more competitive than a season ago. However, is any team really close to the defending champion Los Angeles Dodgers?

These are among the 10 burning questions for the 2021 MLB season as we prepare for Opening Day around the league.

1. Will Randy Arozarena’s postseason heroics continue in the regular season?

Randy Arozarena was a gun blazing in the 2020 MLB postseason, blasting 10 home runs and posting a 1.273 OPS. He performed like a bonafide star at the plate. Will the heroics continue heading into the 2021 MLB season?

The Tampa Bay Rays get back a healthy Austin Meadows. But they need Arozarena to swing at a high level, helping them be a legitimate offensive attack. While they have the organizational depth to sufficiently replace Blake Snell and Charlie Morton, the Rays need their offense to pick up the slack while their rotation comes into form.

Every year, the Yankees are the presumed favorite to win the American League pennant. Do they finally break through this season?

Their rotation is seemingly improved with healthy versions of offseason additions Corey Kluber and Jameson Taillon. That said, the Yankees have been eliminated from the playoffs in each of the last four seasons for different reasons. They’re stacked across the board. It looks different, but will it ultimately end in a World Series appearance?

3. Are the Toronto Blue Jays a contender?

The Blue Jays are loaded around the diamond, a situation furthered by the free-agent signings of George Springer and Marcus Semien. That unit is accompanied by a precarious rotation. Is that combination enough for the Blue Jays to contend?

Their offense should be able to go toe-to-toe with any offense in MLB. It’s a matter of their rotation stabilizing and the organization taking the next step from a win-loss standpoint. This task comes with attempting to overtake one or both of the rival Rays and Yankees.

4. Will the Chicago White Sox live up to the hype?

The White Sox making the playoffs last season was the result of years of internal growth and pouncing on savvy upgrades at opportune moments. They have the talent to contend for the American League title. Will they come through?

Even with outfielder Eloy Jimenez sidelined for the majority of the season due to a torn pectoral muscle, the White Sox have a formidable offense headlined by 2020 AL MVP Jose Abreu and Tim Anderson. Meanwhile, ace Lucas Giolito spearheads a reliable starting rotation. Can talent and growth lead them to the promised land in 2021?

5. Is the Los Angeles Angels starting rotation good enough to make the playoffs?

While they didn’t make a blockbuster move for their rotation, Jose Quintana and Alex Cobb are cost-effective pickups for the Angels. The veterans will only be impactful additions, though, if they help the Angels get to the playoffs. Additionally, they’ll need Griffin Canning to prosper and Dylan Bundy to be a steady force.

Mike Trout and Anthony Rendon lead a high-profile offense. They now need starting pitching to get them in the playoffs and/or win the American League West.

6. Who will win the National League East?

Every team in the NL East (Atlanta Braves, Miami Marlins, Philadelphia Phillies, Miami Marlins, Washington Nationals and New York Mets) has an internal roadmap to winning the division crown. Who will actually do it?

These teams are separated by literal hairs from a talent standpoint. It will come down to a combination of health, bullpen execution and stars playing the part. This is the best division in MLB.

The Cardinals are coming off a .500 season, but they also won 88-plus games in 2018 and 2019 and acquired the best third baseman in the sport in Nolan Arenado. Is this team a World Series contender?

Arenado is part of a veteran positional core, headlined by Paul Goldschmidt and Yadier Molina, that’s capable of doing damage at the plate. All the while, the Cardinals have a well-versed rotation and play in a now-underwhelming National League Central. The pieces are there. It’s a matter of overcoming the firepower in other divisions.

8. Are the Los Angeles Dodgers a given to win the World Series?

The Dodgers signed Trevor Bauer to an elite rotation and kept Justin Turner on a depth chart that could’ve functioned without him; they have the deepest roster in MLB. With that said, are the Dodgers a given to repeat as World Series champions or a trap pick?

There’s productive-to-elite players at every position on manager Dave Roberts’ ballclub. While cliché, are they too good to be true? Will they crumble to expectations in October? They’re otherworldly talent-wise, but will their end product be the same?

9. Can the San Diego Padres challenge the rival Dodgers?

The Padres added Blake Snell, Yu Darvish and Joe Musgrove to an already reliable rotation and have a vibrant offense led by Manny Machado, Fernando Tatis Jr. and Eric Hosmer. This is a World Series contender.

Can they challenge the rival Dodgers in the National League West and for the league pennant? They each have stout rotations and highly productive offenses. Head-to-head play will be pivotal. In any other offseason, the Padres are the story. The Dodgers just so happened to add a potent starter to a rotation that may have already been the best in the majors this season anyway.

10. Will the Colorado Rockies continue to sell, trade Trevor Story and Charlie Blackmon?

The Rockies traded Arenado. Will others follow the third baseman out the door? Story is a free agent after this season, and the Rockies supposedly can’t afford to extend him. Meanwhile, Blackmon is one of the best hitters in the sport. Story and Blackmon could each be moved before the MLB trade deadline.

If the Rockies are entering a full-fledged rebuild and/or trying to shed payroll, it’s feasible to expect them to entertain offers for their star players. If the Rockies slump out of the gate and/or are out of the playoff picture in July, they could very well pull the trigger.