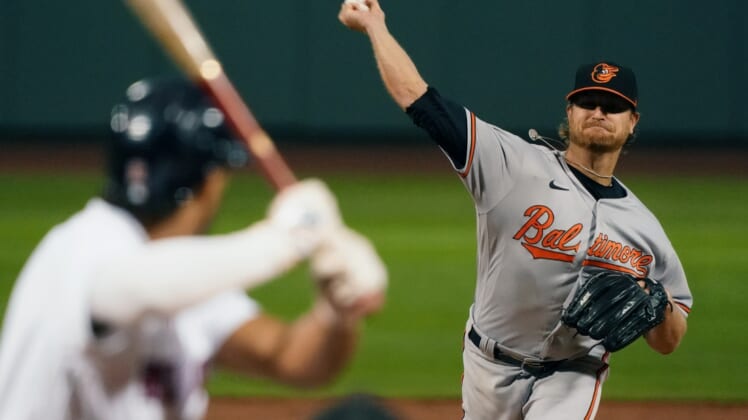 The Los Angeles Angels picked up right-handed starter Alex Cobb from the Baltimore Orioles on Tuesday in a trade for infielder Jahmai Jones.

In nine big league seasons, the past three in Baltimore, Cobb is 55-57 with a 3.88 ERA. He spent his first six seasons with the Tampa Bay Rays, who drafted him in the fourth round in 2006.

Cobb, 33, is the second starting pitcher the Angels have added this offseason after signing free agent left-hander Jose Quintana on Jan. 22.

Both Cobb and Quintana will be reunited with Angels manager Joe Maddon. Cobb pitched for Maddon for four seasons with the Rays, while Quintana played for the manager from 2017-19 with the Chicago Cubs.

The Angels’ trade announcement also said the team also was to receive cash considerations in the transaction. The Los Angeles Times and The Athletic reported that Baltimore was expected to cover more than half of Cobb’s $15 million salary. Cobb is beginning the final season of a four-year contract worth $57 million.