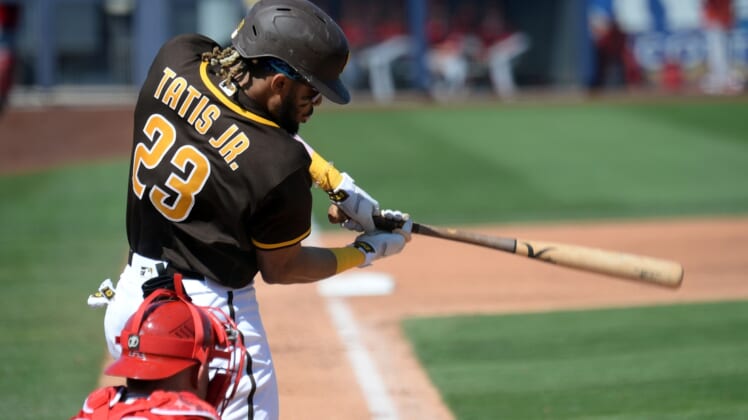 The San Diego Padres breathed a sigh of relief Wednesday when star shortstop Fernando Tatis was reportedly feeling better after exiting Tuesday’s spring training game against the Cincinnati Reds with discomfort in his left shoulder.

Tatis fielded a ball hit by the Reds’ Jonathan India and threw to first before leaving the game with a trainer.

According to Padres manager Jayce Tingler, Tatis was already pushing to return to the lineup as early as Wednesday.

“He’s feeling really good today, Tingler said. “In fact, he was lobbying to get in the lineup today, so I thought that was very encouraging.”

It’s an injury Tatis has dealt with for several years, Tingler noted, so the team is being extra cautious.

“I’m proud of the fact that ‘Tati’ said something,” Tingler said. “Realistically, if we’re in-season, he probably doesn’t say anything and he continues to play through it.

“Right now, he’s being very mature, very responsible, understands the timeline of where we’re at.”

Tatis signed a 14-year, $340 million deal during the offseason, the longest deal in MLB history.