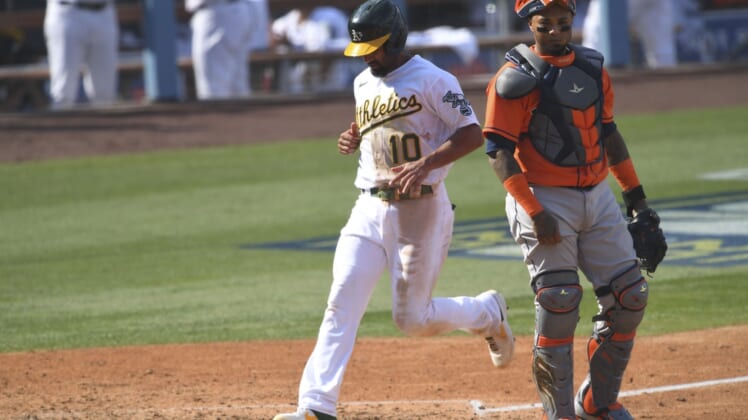 The Toronto Blue Jays have agreed to a one-year, $18 million deal with infielder Marcus Semien, according to multiple reports Tuesday night.

Toronto intends to make Semien its primary second baseman, with Bo Bichette staying at shortstop and Cavan Biggio able to play multiple positions. Semien is the latest arrival in a busy offseason for the Blue Jays, who already have added George Springer, Kirby Yates, Tyler Chatwood and others.

ESPN, The Athletic and MLB Network were among the outlets to report the signing.

Semien also has played in nine postseason games, hitting .371 (13-for-35) with two homers and four RBIs.

Defensively, Semien has played the majority of his career at shortstop (766 starts). He also has started 44 games at third base and 26 games at second base.