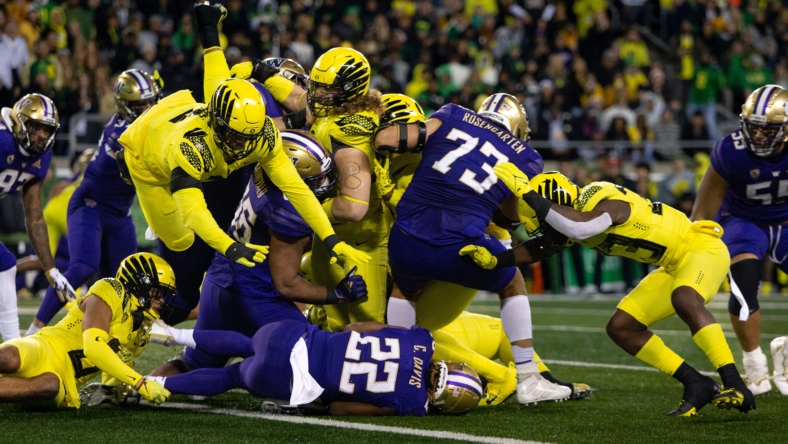 Week 11 of the college football season is in the books, representing the final turn before we enter the closing stretch of the 2022 regular season. While we didn’t have a ton of must-see matchups between top-25 opponents, Week 12 delivered plenty of exciting action.

Saturday’s action didn’t start with any surprises. The Tennessee Volunteers and Ohio State Buckeyes crushed their opponents, with Heisman candidates C.J. Stroud and Hendon Hooker both thriving. The LSU Tigers narrowly avoided an upset, with Jayden Daniels struggling but Harold Perkins emerging as the new defensive star in college football.

In the second half of the Week 11 slate, the Alabama Crimson Tide rebounded with a much-needed victory vs Ole Miss. Meanwhile, Central Florida stood tall against the Tulane Green Wave and the Clemson Tigers fought off Lousiville.

As for the Saturday night’s action to close out the Week 11 slate, Oregon vs Washington exceeded the massive hype of a rivalry game and it shaped the playoff race and Heisman Trophy battle moving forward.

Let’s dive into the winners and losers from Week 12 of the college football season.

Central Michigan Chippewas freshman made his collegiate debut on Nov. 2, rushing for 30 yards against Northern Illinois. He nearly decupled that in Week 11. A 247 Sports’ three-star recruit, the 6-foot-3 quarterback looked like one of the most dangerous runners in college football vs Buffalo.

It all started in the second half with Central Michigan in desperate need of a spark, facing a 24-7 deficit. On the first play, Emanuel Jr. kept the football and carried it the distance for a 75-yard touchdown. Clearly, it wasn’t enough for him. Emanuel Jr. delivered one of the best runs this season, slipping out of multiple tackles, rolling off a defender and sprinting 87 yards to the house. The Chippewas kept feeding their freshman sensation and Emanuel Jr. finished with 293 yards, three touchdowns and delivered a 31-27 victory. 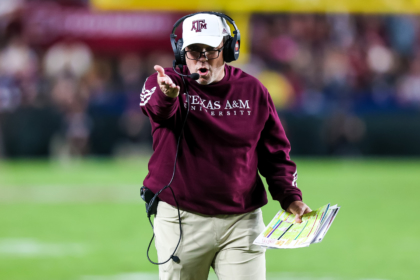 LSU Tigers quarterback Jayden Daniels started gaining significant steam in recent weeks, generating some buzz as a potential Heisman Trophy finalist. The dual-threat quarterback earned it, generating 779 passing yards, 260 rushing yards and 14 total touchdowns with victories over Florida, Ole Miss and Alabama. Any hope for a trip to New York City was wiped out in Week 11.

Daniels was LSU’s biggest problem on Saturday. He finished the first three quarters with only 64 passing yards on 11 attempts, threw an interception on the opening drive and he suffered six sacks. All of this against an Arkansas defense that allowed 302.1 pass ypg with a 17-5 TD-INT ratio and 147.9 QB rating to opponents.

After the Notre Dame Fighting Irish lost to Stanford, entering the middle of October with a 3-3 record, many wondered if this would be one of the program’s worst seasons in recent memory. While the first full season under Marcus Freeman hasn’t played out perfectly, fans are witnessing some of the best special teams play we can ever remember.

Whatever special teams coordinator Brian Mason is teaching this group is clearly working. Notre Dame blocked its seventh punt of the season on Saturday and it has only played nine games this year. Mason deserves to be generating some interest in the coaching carousel this offseason because his unit is a big reason why Notre Dame is one game shy of a nine-win season in a transition year.

Loser: Jaxson Dart can’t get it done in another big game

Lane Kiffin needed a quarterback who could help provide balance to his offense in 2022. Following the departure of Matt Corral, Ole Miss landed Jaxson Dart. The former four-star recruit transferred from USC and he seemed like the perfect replacement. Unfortunately for the Rebels, he keeps falling short in big games. 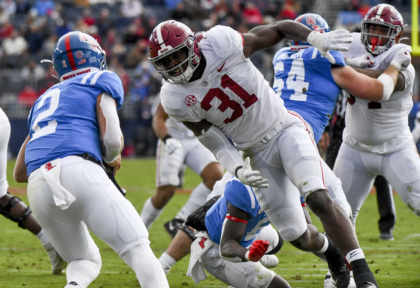 In three games this season against Kentucky, LSU and Alabama, the sophomore quarterback failed to perform at a high level. Across that three-game stretch, Dart has completed just 55% of his passes with a 1-2 TD-INT ratio and he’s only averaged 236 pass ypg. If he can’t beat top-25 teams, Dart isn’t the quarterback who can take Ole Miss to the next level.

Winner: Harold Perkins is the next great college football star

Harold Perkins was a five-star recruit in Texas a year ago. He is already emerging as one of the best defensive players in college football. While the 6-foot-2 edge rusher has dominated all season, it’s fair to say Saturday represented his true breakout party.

Perkins almost single-handedly beat Arkansas. He tore through the Razorbacks’ offensive line, racking up three sacks and four tackles for loss before the final drive. Despite that incredible effort, Arkansas still had a chance to march downfield for the game-tying field goal or go-ahead touchdown. LSU’s true freshman sensation dropped the hammer, creating a strip-sack to seal it.

It’s not hyperbole to say we could be looking at the next Will Anderson Jr. Perkins is already this dominant as a true freshman and we haven’t even seen him scratch his ceiling yet. Just prepare for Perkins to be talked about as the best player in the 2025 NFL Draft. 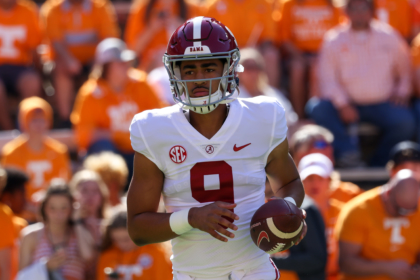 The Liberty Flames received the recognition they wanted heading into Week 11, being recognized in most college football rankings. Amid swirling rumors about which Power 5 program will land Freeze this offseason, his team came up short against UConn.

While this isn’t the hapless UConn Huskies program of previous years, there is still no valid excuse for a loss. Liberty and UConn committed the same number of turnovers (two), both teams eclipsed 200 rushing yards and they each had 70-plus penalty yardage. Freeze’s team just wasn’t coached well enough to win and that has to give Power 5 teams some pause about hiring him.

John Rhys Plumlee took the college football world by storm in 2019, rushing for 1,023 yards and scoring 16 total touchdowns as a freshman. During that same season, Central Florida went 10-3 under head coach Josh Heupel. Fast forward to November 2022 and Rhys Plumlee is the biggest reason why UCF football is back.

Rhys Plumlee fits in perfectly within Gus Malzahn’s offense. In Week 13, UCF reminded everyone just how dangerous the former Ole Miss quarterback can be with the ball in his hands. Rhys Plumlee rushed for 176 yards, his highest total since Nov. 16, 2019, vs LSU. The outstanding performance pushed Central Florida to 8-2, knocking out a quality Tulane team in the process.

A 23-game winning streak at Autzen Stadium and the Oregon Ducks’ slim playoff hopes are over. On a night where everything imploded in the final five minutes, can’t rightfully won’t be able to let go of what happened with Dan Lanning’s defense.

There is no one else to blame. Oregon’s secondary allowed 409 passing yards to Michael Penix Jr., the most ever allowed by a Ducks’ defense to a Washington quarterback. The Huskies blew past the 500-yard mark, made big plays look easy and scored 24 second-half points. That’s an awful look for a head coach brought to Oregon because of his work as a defensive coordinator.