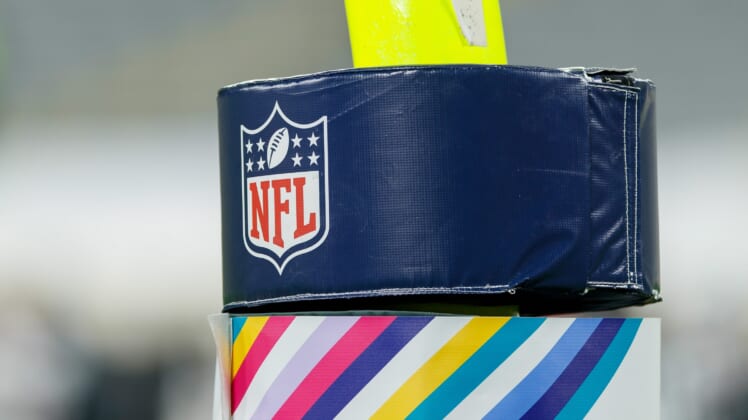 The NFL just signed new television contracts, deals that will generate more than $100 billion for the league over the span of the contracts. Now, efforts are being made to generate even more record-setting revenue after a year of difficult losses.

Due to the COVID-19 pandemic, the NFL lost roughly $4 billion compared to the 2019 season. While everyone in the league expected a steep financial hit from playing in empty stadiums, it still took a major toll. Most notably, for the first time in a decade, the salary cap dropped from $198.2 million to $182.5 million for the upcoming season.

The fallout for players and teams has been significant. More than ever before, marquee names have been cap casualties for clubs desperate to get under the NFL salary cap. Meanwhile, several top free agents either remain unsigned or settled for below-market deals as so many teams operate with tighter wallets.

Fortunately, brighter days are on the horizon. Even after a year that saw NFL TV ratings drop, major networks signed on for 10-year contracts that will cost them more than ever before to broadcast NFL games. It’s going to bring in $10-plus billion per season for the league, with teams already preparing for the 2022 salary cap to soar.

Related: NFL salary cap could climb past $200 million for 2022 season

It appears that isn’t the only revenue source that could do wonders for the league. According to CNBC’s Jabari Young, Roger Goodell and Co. are now focused on signing new contracts for their data rights that will send profits soaring higher, potentially beyond $100 million per season.

What are NFL data rights used for?

Currently, the NFL distributes its data rights to a company called Sportsradar. The partnership uses things like Next Gen Stats and other advance player-related data, to help provide analysis and information for fans and betting sites.

While traditional stats can easily be captured by anyone, partnering with Amazon’s machine-learning technology allows for all on-field player movement to be tracked during games. With sports betting comping increasingly popular and far more profitable, the cost for access to this information is soaring.

According to CNBC, Goodell wants to closely align the TV contracts with new deals for data rights. While there is time for that to happen, with the new broadcasting deals not kicking in for a few years, there is a priority to reach an agreement as quickly as possible.

It would make sense for the league to partner with Sportsradar again, especially since it has equity in the company. Sportsradar is also the most popular service for tracking data, teaming up with the NBA, NHL and MLB. However, per Young, the NFL could push its asking price to $250 million per year.

One thing is for certain, the league isn’t hurting for cash. Fans will be back in the stands next season, meaning stadium revenue will climb once again. Given the long layoff, there might even be more of a willingness to spend when attending a game.

Club owners will benefit the most from all of this, but it will also trickle down to the players. With the likes of Josh Allen and Lamar Jackson headed for long-term extensions, expect NFL contracts to get even larger in the years to come.