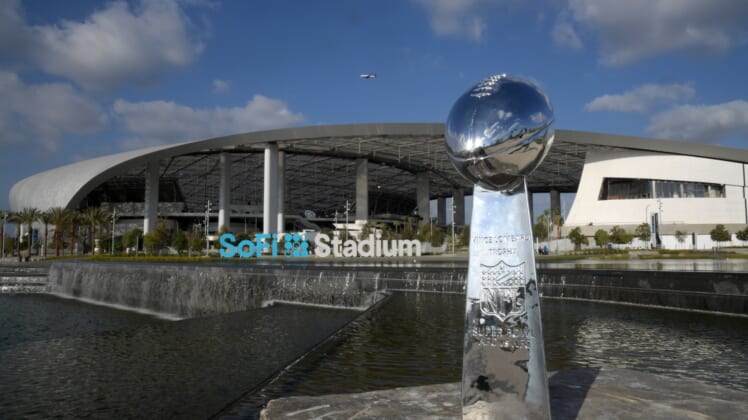 The NFL is closing in on record-setting TV contracts that could reshape the 2021 season and reschedule Super Bowl LVI. Once the new deals are signed, big announcements are looming that will shake up the league as we know it.

Contract negotiations between the NFL and its network partners have been ongoing for more than a year. Now, the league is nearing finalized agreements to lock up the broadcasting rights to games for the next decade.

It’s fantastic news for the NFL, especially in a year that saw the league lose nearly $3 billion due to the COVID-19 pandemic. While the financial fallout from this past season will hurt the 2021 salary cap, contracts with the likes of NBC, CBS, Disney and Fox will provide the league with a much brighter and different future.

According to NBC Sports’ Peter King, the NFL is expected to announce a 17-game schedule in 2021 once its television contracts are finalized. As a result, the league will likely reschedule Super Bowl LVI.

The creation of Week 18 will force the league to make adjustments. While one option would be pushing back Week 1 of the regular season to Labor Day Weekend, the league is opposed to that because it hurts TV ratings. So, the likely change will come from pushing Super Bowl LV back from Feb. 6 to Feb. 13.

It’s the simplest change for the league, teams and players. Week 18 would take the spot of Wild Card Weekend, with every other playoff round pushed back one week. Then, once the NFC and AFC Championship Games are wrapped up, the winners would have the standard two weeks before their Super Bowl matchup.

Players have been opposed to a 17-game schedule for years, but owners received the right to expand under the new CBA. It will put those on the field at far greater risk for injury, but the NFL is also in a spot where it needed increased sources of revenue.

The new contracts are expected to net the league $100-plus billion over the life of the contracts, doubling the annual fees it received from TV networks. It will help send the salary cap soaring in 2022, which should translate to players getting paid more in the future.