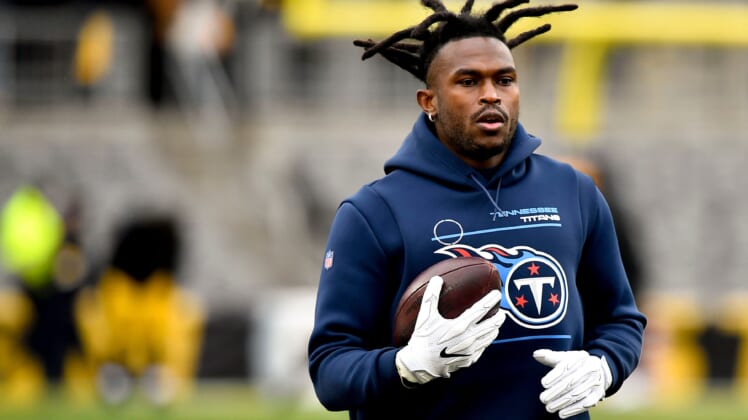 After one season and just 10 games with the team, this experiment has come to a shocking end. ESPN’s Dianna Russini and Adam Schefter report that the Titans have opted to release Jones just as the new league year started Wednesday afternoon.

Jones first and only season with the Titans was a disaster. The 33-year-old wide receiver caught 31 passes for 434 yards and a mere one touchdown in 10 games. He struggled to stay healthy after an injury-plagued final season with his original Atlanta Falcons team.

The Titans have opted to release Jones with a post-June 1 designation. This means that they’ll save a whopping $11.51 million against the 2022 NFL salary cap. Tennessee was just $700,000 under the cap before making this surprising decision.