How To Watch the Houston Texans Games Live This Season (2022) 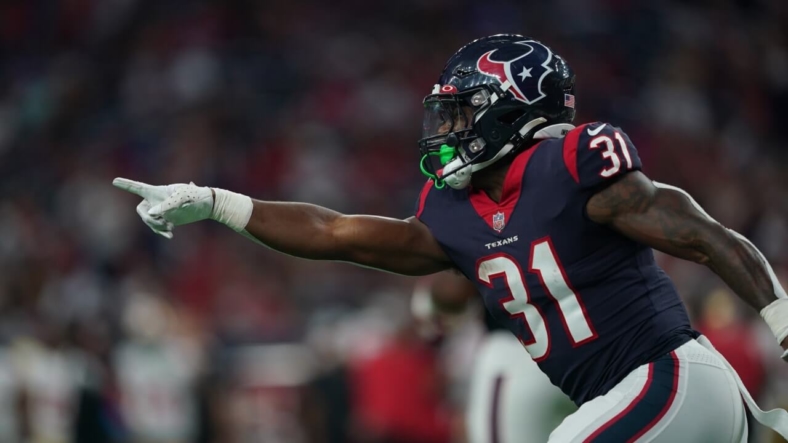 Will the second-year standout Davis Mills take the leap and become the Houston Texans next franchise quarterback? Will they be able to replace the talent of Deshaun Watson? There’s a lot of question marks regarding the Texans offense, but 2022 first round pick Derek Stingley Jr. believes he can make an instant impact on the defense and help turn it in the right direction. The Texans franchise woes of the past two seasons have been tough, but new Head Coach Lovie Smith has plans to rebuild this team and compete for the AFC South title once again.

If you’re looking to stream all the Houston Texans games live, you’ve come to the right place. You can watch nearly all of the Texans 2022-23 season on a streaming service that offers Fox, CBS, NBC, ESPN, and NFL Network. Let’s break down which options are the best:

Where can you stream almost all of the Houston Texans games?

Sling TV is one of the more affordable Live TV streaming options and is our top option for streaming the Texans this season. With access to local Fox and NBC channels, you won’t worry about where you can watch your favorite home team with Sling. Starting at only $35 per month, users can access either the Sling Orange or the Sling Blue plan or can combine the two for $50 per month.

The Sling Blue plan has a better range of options for you die-hard football fans, but the Sling Orange & Blue package will cover the full range of sports content from ESPN to NFL and local channels, making it among the most comprehensive options. If you love all things sports, the Orange & Blue package may be worth trying out instead.

Hulu + Live TV grants you access to an entire on-demand library of movies, shows, and originals, as well as 75+ live TV channels for $69.99 per month. You may also upgrade to the no-ad plan for $75.99 per month. Both Hulu + Live TV plans also include unlimited DVR and a solid range of supported streaming devices. Plus, you’ll get premier access to ESPN Plus and Disney Plus with either plan, making your non-sports watching days just as exciting.

DIRECTV STREAM is a new streaming service that requires no commitments, allowing you to stream the entire season without fear of being locked into a contract. For a limited time, you can try out a five-day free trial to see if you like the service before choosing a monthly plan. To make it even better, you’ll get $40 off your first two months once you sign up for a monthly plan. DIRECTV STREAM also allows you to watch on up to 20 screens in your household at any time, so you won’t miss a single snap of any game. You also have the ability to access over 7,000 other streaming apps like Netflix, HBO Max, and more.

FuboTV is a great streaming service for any die-hard fan. Its plans offer major channels like beIN Sports, ESPN, ESPN2, FS1, FS2, NBA TV, NBC Sports Network, NFL, and NFL RedZone. If you would like access to a variety of stadium and PAC-12 channels, you can also get the Sports Plus add-on. Before making your decision, make sure to sign up for the seven-day free trial for the Pro, Elite, or Ultimate plan.

YouTube TV is one of the only services that offer just a single main plan. For $64.99 per month, you’ll get access to over 85+ channels including ESPN, NFL Network, NBC, CBS, and many more. YouTube TV also offers a good range of on-demand content. Right now, YouTube TV is also running a promotion to get $30 off your first three months ($10 per month), so don’t miss out!