Dennis Allen and the New Orleans Saints will be eliminated from playoff contention on New Year’s Day with a loss to the Philadelphia Eagles. They will also be eliminated if Tom Brady and the Tampa Bay Buccaneers defeat the Carolina Panthers.

For Allen and Co., this could be the culmination to what has been a disastrous campaign in New Orleans in the first season since Sean Payton’s resignation.

It has also led to speculation that Payton could come out of “retirement” and return to the Saints in 2023.

Mike Florio of Pro Football Talk cited a source who concluded that it’s the “worst-kept secret” in football that Payton will be back in New Orleans next season. If that is indeed the case, where would this leave Mr. Allen?

According to Saints insider Nick Underhill, it would in fact be a surprise if Allen didn’t return to the Saints in 2023.

There’s several components to these rival reports. First off, Florio’s suggestion is that the aforementioned Brady would head to New Orleans and team up with Payton. The 45-year-old signal caller is slated to become a free agent following the 2022 season. There’s no guarantee that he’s going to be back in Tampa Bay. With that said, a lot would have to work out in order for this to come to fruition.

Naturally, the possibility of Sean Payton returning to the Saints has surfaced with widespread suggestions that the Super Bowl head coach is looking to turn in his Fox Sports analyst duties for a head set after just one season.

The fact that Payton remains under contract with New Orleans adds another layer to this. Any team looking to bring Payton in would have to send draft compensation to the Saints in a trade. As for Allen’s future in the Bayou, there’s also a few different layers to this. One stands out big time.

New Orleans finds itself at 6-9 on the season. It has lost five of those nine games by one score. Despite a current two-game winning streak to remain alive in the pedestrian NFC South, things are not looking up for this team.

Assuming the Saints are eliminated from playoff contention, they are facing an uncertain offseason. That includes general manager Mickey Loomis having to navigate a salary cap situation in which New Orleans is currently slated to be $57.84 million over the threshold. 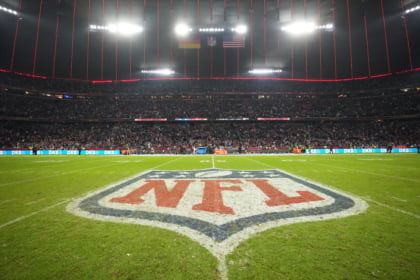 This doesn’t even take into account the fact that New Orleans is in quarterback purgatory with Andy Dalton and Jameis Winston as the top players at this position on the roster. No, Taysom Hill doesn’t count.

Dating back to his days as the then-Oakland Raiders head coach from 2012-14, Allen has not proven to be a successful head coach in the NFL.

Whether it’s Sean Payton or another candidate, it wouldn’t be a surprise if the Saints’ brass at least looked at outside options to replace Allen. Simply put, his lack of success speaks for itself.