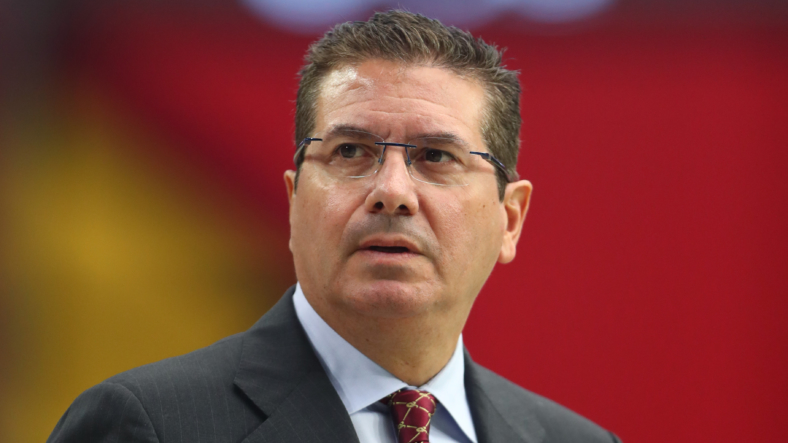 Washington Commanders owner Dan Snyder has brought plenty of unwanted attention to his franchise in recent years. From resisting a name change despite public outcry to allegations of a toxic workplace culture, he is widely viewed as the person most responsible for dragging down a storied NFL franchise.

It’s left fans desperate for change. With the Denver Broncos recently being sold for a record $4.65 billion and the Seattle Seahawks viewed as the next team up for sale, it has all fueled demand for Snyder to sell the team. However, he purchased the remaining minority shares of the franchise in 2021 and has refused to even consider putting the team up for bids.

As a result, the only path towards an ownership change would seemingly be a forced sale. The NFL fined the Commanders $10 million last year after the league found validity to allegations of a toxic workplace of sexual harassment and misconduct for years. Snyder stepped away from day-to-day operations with his wife taking over.

The disciplined paled in comparison to action the NFL has taken against players in the past. Less than a year after the league first disciplined Snyder, he faced accusations in June of sexual assault and harassment against a former employee in 2009. The former staffer came forward as part of an investigation by the House Oversight Committee into the toxic workplace conditions under Snyder and the NFL not releasing the findings from the investigation.

Snyder isn’t just being accused of sexual assault and harassment. Findings from an inquiry conducted by the House Oversight Committee allege that Snyder used a shadow probe to discredit his accusers. Furthermore, the Commanders remain under investigation for alleged financial misconduct by allegedly withholding money from the NFL.

All of this led to the NFL hiring an independent investigator to look into the latest allegations against Snyder and his franchise. However, it appears reports in May of NFL owners counting votes aimed at removing Snyder will prove to be unwarranted. 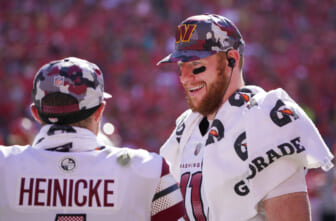 Ben Standig of The Athletic polled NFL agents about a variety of topics before the 2022 NFL season. Among the subjects was whether or not team owners would ever force Snyder to sell. Of the 24 agents who responded, 19 voted against it ever happening.

As one agent pointed out, Snyder still has a close relationship with Dallas Cowboys owner Jerry Jones. While he has irritated some of his fellow franchise owners, there still isn’t nearly enough support to force him out. Under NFL rules, 24-of-31 owners would need to approve a forced sale of the franchise.

The belief from agents around the league isn’t surprising. The NFL has spent tens of millions of dollars in legal battles over the years, including the lawsuit from the city of St. Louis and a settlement with Colin Kaepernick. Additionally, former Las Vegas Raiders head coach Jon Gruden is currently suing the league for his resignation in 2021 over leaked emails.

Forcing Snyder to sell the franchise would immediately result in the Commanders’ owner fighting the ruling in court. Because he is one of the richest NFL owners, he could afford to drag things out as long as he wants with the costs of a legal battle meaning nothing to him. Even more concerning for the league, Snyder could disclose information about wrongdoings by other owners to the public, hurting the NFL’s reputation. It would also set a dangerous precedent that could get someone else removed in the future.

Ultimately, the NFL is a business and Snyder’s presence doesn’t prevent the league from enjoying record-setting revenue on a yearly basis. As long as Dan Snyder doesn’t impact the financial bottom line of his peers, they will likely never see enough reason to move forward with a vote that would force him to sell the Commanders.