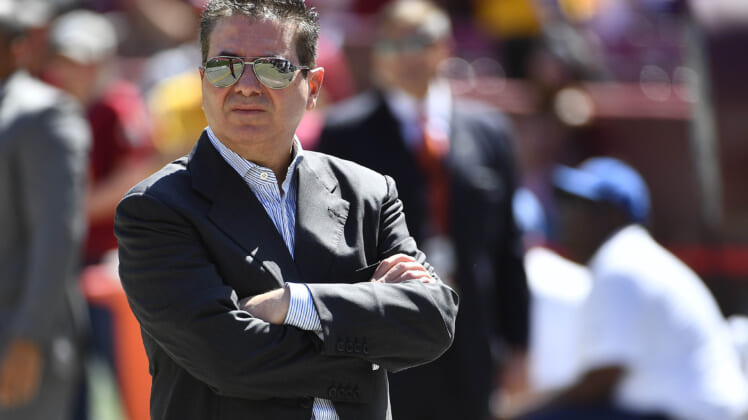 Under fire after facing several different allegations ranging from unlawful financial conduct to sexual harassment over a series of years, suggestions have pointed to Washington Commanders team owner Daniel Snyder being forced to sell after 23 years of ownership.

That time may be coming sooner than expected, with Jarrett Bell of USA Today reporting NFL owners are “counting votes” to see if they have enough to remove Snyder as the owner of the Commanders.

To remove Snyder, 24 of the 32 NFL owners would have to agree to vote him out.

Bell’s source comes from a well-informed place as it is said to be an anonymous NFL owner.

Official vote on Daniel Snyder has not happened yet

While the report suggests team owners are already “counting votes” this could just be some preliminary posturing to see how far or how close the voting process might be.

Bell states the official vote on Snyder has yet to occur, but clearly some teams are not happy with the way they’ve been cheated out of league-shared revenue in addition to how horrible the accusations coming out of Washington are. It’s not a good look.

If or when a vote does take place, and if the owners receive the support they’re looking for, that is a majority vote of 24 or more, Snyder would then be forced to sell his ownership stake to another bidder.

After the near-constant state of controversy in addition to the various scandals they’ve faced over the years during Snyder’s ownership, it wouldn’t be hard to envision owners voting in favor of Snyder’s removal as team owner. Chances are, this won’t be the last time we hear of Snyder and his ownership situation with the Commanders this offseason.