The ‘Notorious’ truth: Is Conor McGregor the greatest UFC fighter ever? 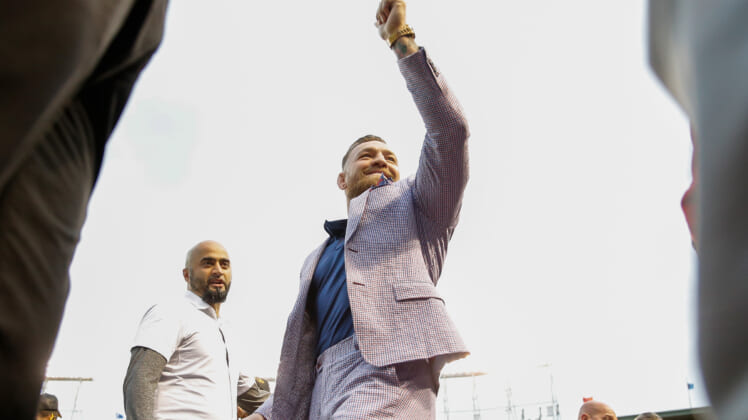 There is a big difference between being the greatest UFC fighter ever and the most famous UFC fighter of all time. Although Conor McGregor’s biggest supporters will declare he holds both statuses wrapped in a brash Irish package, however, the truth is that is he’s definitely but not the other.

Is Conor McGregor the greatest UFC fighter ever?

Apologies for the immediate reality check “Notorious” fans, but McGregor is not the greatest UFC competitor to ever step into the fabled Octagon. A case could be made that he is not even in the top-10 greatest of all-time time. But that doesn’t mean he won’t go down as a UFC legend and one of the best featherweight fighters in promotion history.

The Irishman is a special talent. There is no denying that. As a 145-pound fighter, he won his first seven bouts in the promotion, and all but one by knockout. Four came in the first round, and the seventh and final was a 13-second dismantling of the man — up until that point — universally viewed as the best featherweight of all time, Jose Aldo.

When strictly looking at his resume as a featherweight, he is one of the best to ever compete in the weight class and will go down as the biggest power puncher the division has ever seen. However, what followed that meteoric rise to prominence took McGregor’s legend to absurd heights, and then eventually dropped his positioning among the greats of the sport. 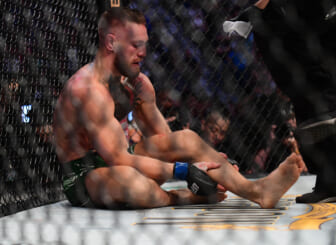 After beating Aldo, McGregor won only three of his next seven fights. Yes, in that time he became the first man to hold titles simultaneously in two divisions when he beat Eddie Alvarez in 2016. However, earlier that year he lost in stunning fashion to Nate Diaz. Tapped out to Khabib Nurmagomedov in one of the biggest fights in lightweight history two years later. And in his most recent Octagon appearances, he suffered back-to-back technical knockout losses to Dustin Poirier and broke his leg in their July trilogy fight.

McGregor is more famous than the greatest

Yet the news isn’t all bad for the 33-year-old. Sure, he isn’t the best combatant to ever grace the Octagon — that honor likely goes to Jon Jones — but there is zero doubt he’s the most popular cage fighter in history. And a case can be made that being the most well-known is a better distinction when filling up a bank account has more importance than stacking up the trophy case.

McGregor headlined the six most profitable UFC pay-per-view events in history, as well as eight of the top 10. This includes the promotion’s two biggest events of 2021, UFC 257 and UFC 264, which featured his rematch and trilogy fight losses to Poirier.

Yet, the native of Dublin is more than just an MMA superstar. He is a combat sports box office icon. McGregor also has five of the 10 highest selling combat sports PPVs ever, and his 2017 boxing bout with Floyd Mayweather is second all-time. Earning over 2.2 million buys.

McGregor also has over 67 million followers on his various social accounts, owns multiple businesses, and is the brand ambassador for Proper Twelve Irish Whiskey. A company he helped co-found. Furthermore, he was on Forbes’ 2021 top-10 list for the wealthiest athletes in the world. 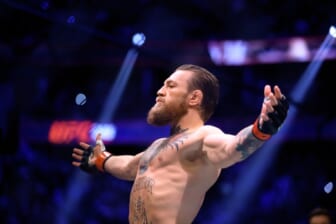 McGregor has transcended beyond just being a cage fighter to being one of the most recognized athletes on the planet.