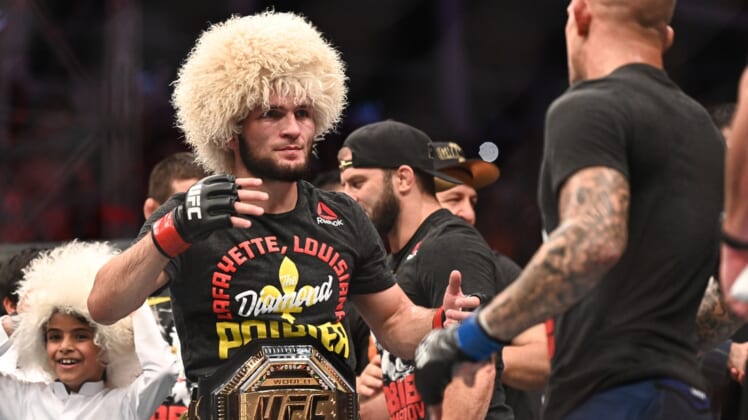 UFC president Dana White no longer is entertaining the notion of Khabib Nurmagomedov re-entering the Octagon.

White told ESPN on Thursday that he and the 32-year-old Russia native met in Las Vegas, with Nurmagomedov reiterating that he has no interest in competing again. With that in mind, White said the UFC is working toward finalizing a lightweight title fight between Michael Chandler and Charles Oliveira for UFC 262 on May 15.

“Khabib is retired and doesn’t wanna hold up the division,” White told ESPN, via text message. “Tonight was our final meeting and he is retired.”

Nurmagomedov officially announced his retirement in October in one of the more memorable scenes in mixed martial arts history.

Nurmagomedov retired in tears and laid his gloves on the mat following his UFC 254 title defense against Justin Gaethje. The win occurred four months after he lost his father and longtime coach, Abdulmanap Nurmagomedov, to complications from COVID-19.