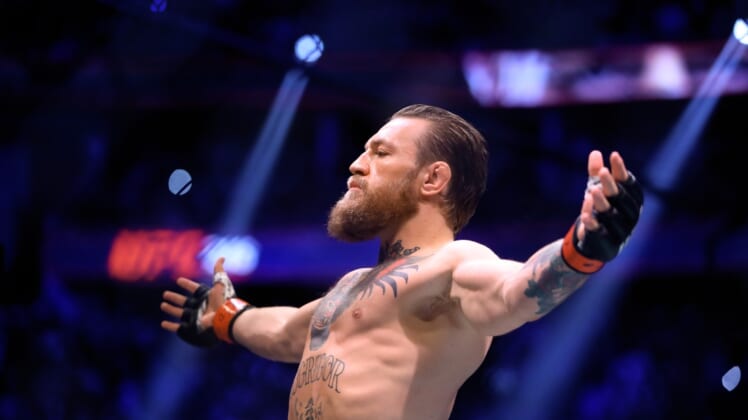 Perhaps the greatest MMA star of them all is part of a lucrative deal to sell a 2-year-old whiskey brand he helped found for $600 million, according to multiple reports.

Proximo Spirits, which owns Jose Cuervo and numerous other alcohol brands, acquired a majority stake in Proper No. Twelve Irish whiskey in a deal worth up to $600 million, both sides told spirits trade publication Shanken News Daily on Tuesday.

Proximo had a 49-percent share previously but went for a majority in the deal with McGregor, McGregor’s agent Audie Attar with Paradigm Sports Management and partner Ken Austin.

“Proper Twelve is my baby for life!” McGregor said on his website. “I’m only warming up the barrels here! What I have in store for you all will not only take Proper Twelve to the absolute pinnacle of Irish whiskey, but of all spirits!”