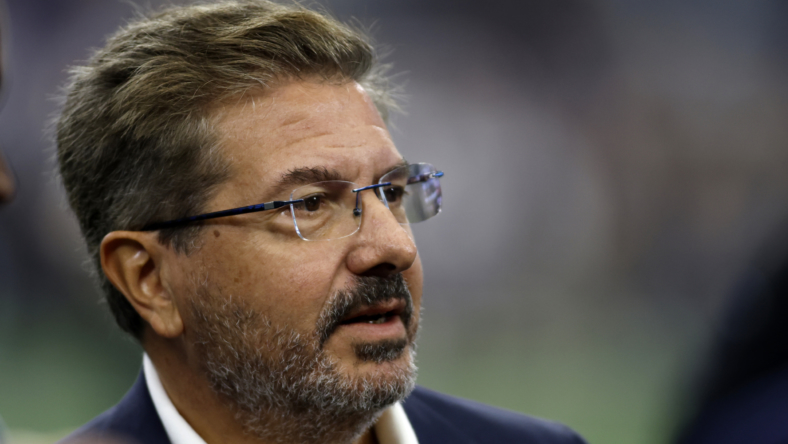 The Washington Commanders are not doing themselves any favors in the lead up to an announcement from D.C. Attorney General Karl Racine set for Thursday stemming from a criminal investigation into the organization.

A Commanders spokesperson released the following statement to the media, shocklingly linking said investigation to the shooting of Brian Robinson from back in August. We wish we were kidding.

“Less than three months ago, a 23-year-old player on our team was shot multiple times, in broad daylight. Despite out-of-control violent crime in DC, today the Washington Commanders learned for the first time on Twitter that the D.C. Attorney General will be holding a press conference to “make a major announcement” related to the organization tomorrow,” a statement from the Washington Commanders read.

“The Commanders have fully cooperated with the AG’s investigation for nearly a year. As recently as Monday, a lawyer for the team met with the AG who did not suggest at that time that he intended to take any action and, in fact, revealed fundamental misunderstandings of the underlying facts.”

What is even happening here? We’re surprised the Commanders didn’t bring up gun violence in other cities, too. Talk about a straw man fallacy. Holy cow.

As you likely already know, Robinson was shot two times during a carjacking attempt in D.C. back in late August. To use that incident in pushing back against a criminal investigation into alleged financial wrongdoing is about as ridiculous as it gets.

Washington Commanders go on defense ahead of press conference

Outside of the fact that this statement wasn’t necessarily well thought out, it now seems perfectly clear that the Commanders are expecting Thursday’s announcement to be of the unfriendly ilk for the organization.

The D.C. Attorney General has been investigating alleged illegal financial doings on the part of the Commanders for the better part of the past year.

“The DC Attorney General’s office emailed reporters regarding a press conference tomorrow where AG Karl Racine will ‘make a major announcement related to the Washington Commanders,'” ESPN noted on Wednesday.

It was noted earlier in November that the office was investigating Snyder and Co. This came after the bipartisan House Committee on Oversight and Reform sent a letter to the Federal Trade Commission (FTC) alleging that the Commanders engaged in “a troubling, long-running and potentially unlawful pattern of financial conduct.” This included withholding ticket revenue from visiting teams as well as refundable ticket deposits from season-ticket holders.

Behind the scenes, this set into motion a process in which multiple owners were seeminly ready to force Snyder into selling the organization. Since then, Snyder and his wife have announced an intention to sell with something likely to come to fruition before the start of the 2023 NFL season.

As it is, the Washington Commanders’ statement from Wednesday was all sorts of reckless. It is not going to paint them in the best of lights. That’s for sure.