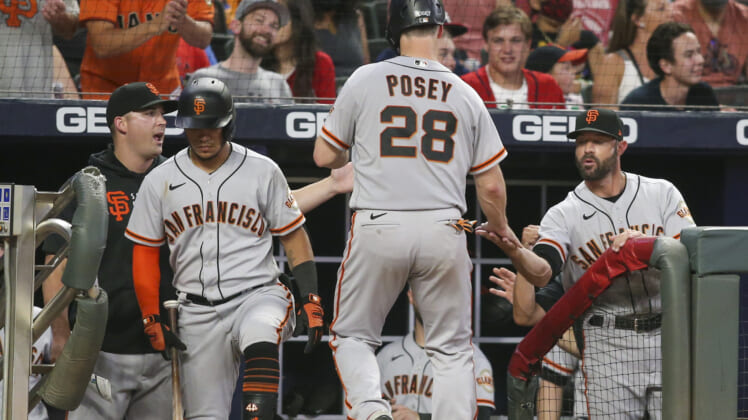 For the first time this season, the San Francisco Giants have hit a legitimate impasse. Losing five of their last seven games including three consecutive games at home to the Milwaukee Brewers, the Giants are now tied with the Los Angeles Dodgers for first place in the National League West. It’s San Francisco’s first time without sole possession of first place since May.

At some point, the Giants, who are still an incredible 85-49, were going to have a dry spell and the Dodgers have been playing as well as any team in the sport since the MLB trade deadline. With that said, the Giants now being the home team in the NL Wild Card Game brings a dangerous prospect to light, that being their superb regular season ending in a one-game playoff.

Despite their well-rounded play, the Giants have to avoid the Wild Card Game at all costs for reasons besides the obvious of the season coming down to a mere game.

Starting pitching has been the Giants’ backbone this season. Kevin Gausman, Anthony DeSclafani and Logan Webb have been spectacular. In the case of the first two right-handers, they have turned their careers around in emphatic fashion. Pitching by their side, veterans Johnny Cueto and Alex Wood have been sturdy forces, rounding out one of the best starting rotations in MLB.

The problem? Gausman, DeSclafani and Webb have a combined zero postseason starts on their resume. Meanwhile, Cueto was recently placed on the injured list with an elbow injury while Wood battles COVID-19.

Postseason experience is a common talking point but one that genuinely matters and has played a role for Wild Card teams in recent memory. Sean Manaea of the Oakland Athletics (2019) and Luis Severino of the New York Yankees (2017) each put their teams in early holes that they had to work their way out of or were among the catalysts for the team losing in what were their first career playoff starts.

There’s no telling how an inexperienced big-game pitcher reacts to the pressure of a win-or-go-home affair, especially in the first inning. Such reaction can be evident by how well they locate their offerings.

The Giants’ stout rotation trio has been efficient, is logging strikeouts at a high rate and looks like the future of manager Gabe Kapler’s rotation. At the same time, a team with nothing to lose on the road can leave a sour taste in the Giants’ mouth to end the season.

A dynamic opponent could wreck the San Francisco Giants’ season

In the scenario that the Giants are indeed the home team in the NL Wild Card Game, their potential opponent comes from the combination of the rival San Diego Padres, Cincinnati Reds, St. Louis Cardinals and Philadelphia Phillies. All four teams have a dynamic X-factor in their favor.

San Diego has a balanced offense and a rotation capable of better performance from a talent standpoint. The Reds are a scrappy group with a bevy of sluggers, as well as a rotation that can go toe-to-toe with the Giants.

Playing better of late, the Cardinals have a group with an amplitude of playoff experience. The Phillies have an offense that can slug out 10 runs on any given night despite its inconsistency. They also have Zack Wheeler to counter Gausman on the mound.

Yes, the Giants are having a better season and are an overall more sound team than all of the aforementioned Wild Card contenders. At the end of the day, though, those teams have entered each of the last two seasons with playoff aspirations and expectations, as well as a roster established to appear in such play. All a season of volatile play needs is nine innings of crisp baseball to advance and therefore negate the inconsistency.

Surely, the Giants have the bats to keep pace if they fall behind. That said, if their starter doesn’t have command of his offerings early and they’re facing an opponent with an offense that can do substantial damage, the Giants could be in an early hole.

The San Francisco Giants are built to win a series, not a one-game playoff

The 2021 Giants are intended to win a five- or seven-game series, not necessarily a one-game playoff. That sounds corny, but it’s the truth. They’re not a roster that’s going to hit home run after home run and throw a bullpen day out on the hill to much avail.

Teams like the Tampa Bay Rays and Oakland Athletics have pitching staffs that are designed to have a starter go through an order twice or even just four innings, as a starting-caliber arm waits in the bullpen.

The Giants have a bullpen of mostly one-inning relievers. While they’ve been phenomenal in their niches this season, asking this unit to get 15-plus outs is a gray area. A team like the Dodgers has top-tier hurlers with postseason resumes. The Giants don’t, and the veteran arms with postseason experience are currently out of their rotation and unlikely to take the hill in a potential Wild Card Game.

Kapler’s ballclub hasn’t done anything wrong or collapsed, if you will; they’re tied for the best record in the sport and could have an even better record if they weren’t in the NL West. 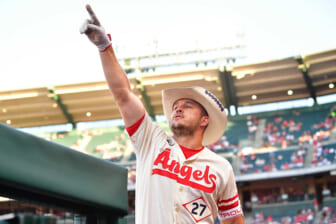 Brandon Crawford, Buster Posey, Brandon Belt, Kris Bryant, LaMonte Wade Jr., Darin Ruf and Mike Yastrzemski among others have been one of the better offenses and defensive units in baseball. The success of the starting five is documented. Meanwhile, the likes of Tyler Rogers, Jake McGee, Jose Alvarez, Dominic Leone and Jarlin Garcia have been an elite bullpen corps.

The San Francisco Giants are a World Series contender, but every such team has a kryptonite or situation they need to avoid. For the Giants, it’s a one-game playoff.