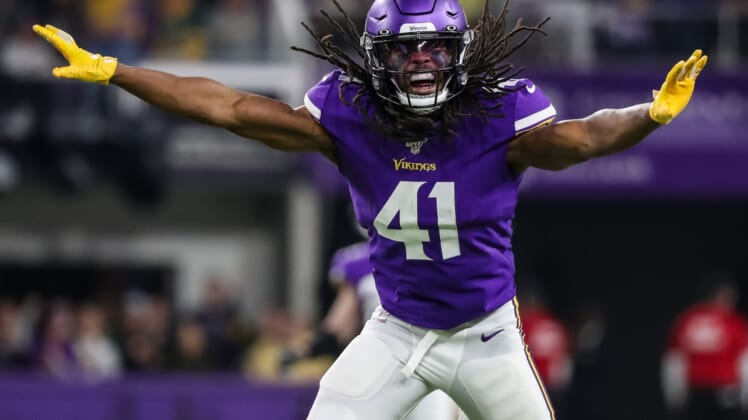 The Philadelphia Eagles signed free-agent safety Anthony Harris to a bargain one-year contract worth $5 million, per ESPN’s Adam Schefter, and are improbably in position to build out a decent roster for 2021.

With a high first-round pick coming in the 2021 NFL Draft, a healing offensive line and Harris joining an impressive defensive core, the Eagles’ seemingly dire outlook has changed even after eating tons of dead money in the Carson Wentz trade.

After Philadelphia’s latest savvy personnel move to land Harris at such a discount, here are three more moves the Eagles should make to fast-track their rebuild and contend for the NFC East title.

Because the defense is loaded with pass-rushers (Brandon Graham, Derek Barnett and Josh Sweat) and is anchored by Fletcher Cox up front, with Harris now serving as a hopeful cornerstone of the future in the secondary, this gives Philadelphia the luxury of focusing on rebuilding its offense.

With several quarterback-needy teams near the top of the NFL Draft order and other suitors who could be in the market to trade up into the top five, the Eagles will be sitting pretty at sixth overall. Well, that is if they do commit to building around dual-threat sophomore Jalen Hurts.

It’s probably not going to win any popularity contests, sticking with Hurts. However, he was a 2020 second-round pick and has had very limited game action to date. Last season was also an absolute mess, and the fact that he stepped in and played decently well once Wentz was benched is a testament to the signal-caller’s mental fortitude.

Hurts dealt with a QB controversy at Alabama, and to be frank, it’d be nice to see Philadelphia not bail on him so quickly. To aid the evaluation process on Hurts, it’d behoove the Eagles to grab the best skill player they can in the first round of the draft.

There’s no shortage of appealing options. Another Alabama product in DeVonta Smith just won the Heisman Trophy and is exactly the type of underneath receiver Philadelphia lacks right now. Florida star Kyle Pitts could replace the departing Zach Ertz and pair with Dallas Goedert to be one of the NFL’s premier tight end duos.

Philadelphia could also acquire LSU product Ja’Marr Chase, or another Crimson Tide stud in wideout Jaylen Waddle. Whatever the case may be, giving Hurts a legitimate No. 1 target to grow with in 2021 and beyond is the ideal way for Eagles general manager Howie Roseman to approach this draft.

We touched on it just before, but Ertz is leaving Philly as a trade is almost inevitable at this point. If he isn’t dealt, Ertz is going to get released, but expect the Eagles to hold out as long as they can to find a suitor and get at least some compensation for him.

Ertz is among the game’s premier pass-catchers at his position. Unfortunately, the falling-out with Wentz seemed to not sit well with Ertz, and the team has had to make many tough decisions in order to field a decent roster going forward that doesn’t crush the salary cap.

It’s not that the three-time Pro Bowler was at all a problem for Philadelphia. In fact, Ertz played a key role in the franchise’s run to the Super Bowl. The NFL is a business first, though, and Ertz is on the wrong side of that.

A fresh start is best for both sides. Goedert will eventually command a big payday, and carrying two tight ends with a huge price tag based on all the highly-paid offensive linemen and defenders the Eagles have is just not a sustainable situation.

Looking at the Pro Football Focus grades on Eagles receivers from 2020 makes you wonder how much at fault Wentz really was for the passing attack’s putrid performance.

John Hightower ranked DFL (127th) among PFF’s qualifying receivers, while Greg Ward (110th), and 2020 first-round pick Jalen Reagor (90th) weren’t much better. Granted, Hightower and Reagor were rookies, and based on that fact, the first rebuilding move we’re advocating for might seem foolish.

But it’s more a matter of Roseman not picking the right guy. Reagor was selected one spot ahead of instant Minnesota Vikings star Justin Jefferson. The top three consensus receivers in the 2021 class project similarly to Jefferson in terms of immediate impact.

Anyway, let’s get to Amendola. Despite his advanced football age — he’ll turn 36 in November — Amendola is a championship player who knows what it takes to win it all. For an Eagles organization that has tasted Lombardi Trophy glory rather recently and is looking to get its culture back on track, someone like Amendola is an ideal fit.

Amendola can still play, by the way. He caught 46 of 69 targets in 2020 for 602 yards, and is a great fit for the offense new Eagles coach Nick Sirianni is bringing over with him.

Big-bodied outside receiver Travis Fulgham isn’t the twitchiest of players, and started last year on Green Bay’s practice squad. Since Ward is still converting from being a college quarterback, he lacks the finesse of a true slot weapon, evident in his PFF grade. Hightower is a one-trick pony as a deep threat, and Reagor is, well, raw at this point.

That leaves a dire need for a seasoned veteran to enter Philadelphia’s wide receiver room and show the youngsters how it’s done. Few seem more qualified to do that among the still-available free-agent receivers than Amendola.