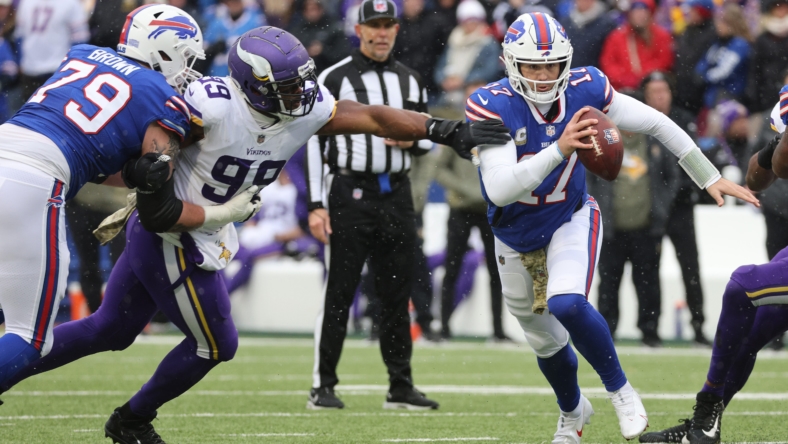 Sure, when the day began, there was a feeling that the then-7-1 Minnesota Vikings could manage to outdo the Buffalo Bills, but that was in large part thanks to the unknown playing status of Josh Allen.

But once it was decided that Allen would be in the starting lineup, all bets were off.

Once the game got underway, we saw a Vikings team that proved it had no problems producing big plays, whether it was Dalvin Cook’s 81-yard touchdown run, Justin Jefferson’s magnificent day, or some good old-fashioned luck.

While the Vikings may have had some help by way of a botched snap, the Vikings still had to rally back from down what was a 17-point deficit in the third quarter. Still, fans couldn’t believe what they witnessed in what many are calling the game of the year so far.

The final play of the day actually came on another mistake by Allen, where All-Pro cornerback Patrick Peterson snatched another redzone interception to put the game away. It was Peterson’s second interception on the day and third of the season.

While the play on the field was spectacular, everyone on the internet had their own opinions on the matter. Here are just a few of the reactions we captured from social media.

Bring out the chains, Kirk Cousins. Surprisingly, the Vikings are now 8-1 and in complete control of the NFC North, with another big matchup at home against the Dallas Cowboys next Sunday.

Meanwhile, the Bills fall to 6-3 and are now in third place of the AFC East. Entering the day as heavy Super Bowl favorites, Buffalo’s odds will surely take a big hit after this result. The Bills take on the Cleveland Browns next Sunday, giving Allen a chance to get back on track with a win.