Adam Schefter was already off the chain during ESPN's "Monday Night Football" pregame. 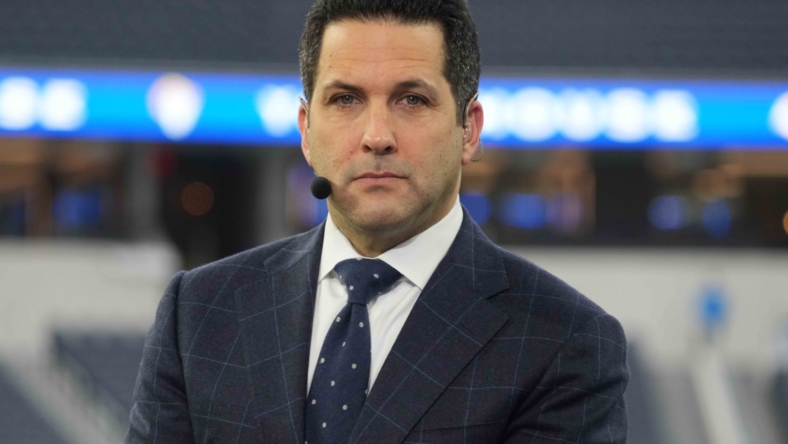 On Sunday night following a Minnesota Vikings 20-17 victory over the Washington Commanders, Kirk Cousins wasted no time basking in the glory and serving it back to his former team many times over. Now, ESPN’s Adam Schefter has opted to do the exact same thing, albeit in his own special way.

In the interest of entirely understanding what’s about to be unleashed, amidst the countless “you like that!” chants from Cousins and several teammates following the “Kirk Cousins revenge game,” the Vikings quarterback would later be seen dancing shirtless on the plane and wearing more chains than Lil Wayne.

It was a sight to behold, to say the very least. It might have also been the very peak of Kirk Cousins and his great familiarity with awkwardness. That’s certainly no easy feat, but thankfully the fearless Adam Schefter took the baton before Monday night’s Baltimore Ravens vs. New Orleans Saints game to ensure Cousins now had someone sitting comfortably in the sidecar.

Perhaps there should be a “NSFW” tag applied for this forthcoming Tweet? Nonetheless, click at your own risk.

Kirk Cousins and Adam Schefter are now connected forever. A bizarre, twisted version of Step Brothers, if you will.

In all seriousness, though, major props are in order for Schefter for being so willing to do such a thing on live television and housing the ability to laugh at himself. He knew exactly what he was getting into and appeared to get a kick out of his own stiff dance moves.

To take it even further, we should honestly be thanking Schefter for taking on the task rather than mocking the guy. This could have easily been Booger McFarland instead of Schefter and nobody wanted to see that, not even Booger McFarland.