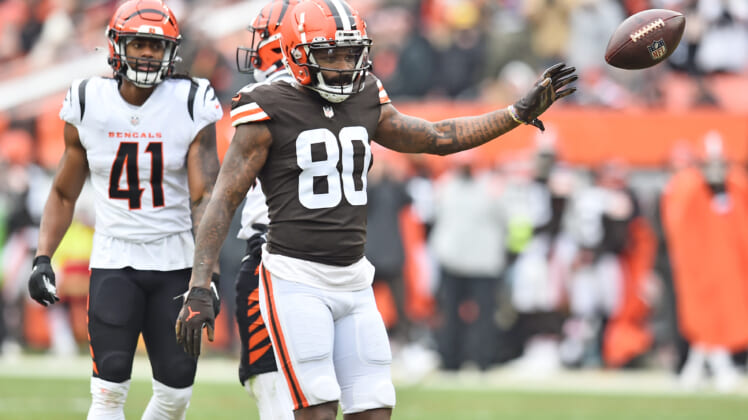 Jarvis Landry remains one of the best NFL free agents on the open market more than a month after being released by the Cleveland Browns. While many NFL fans await a decision from the Pro Bowl receiver, the wait could stretch past the 2022 NFL Draft.

When Landry and the Browns couldn’t agree to a restructured contract, the 5-foot-11 wideout hit free agency following his release. Multiple teams immediately expressed interest, but the 29-year-old sought the right combination before signing on the dotted line.

With Sammy Watkins joining the Green Bay Packers, attention has shifted back to Landry. However, the slot receiver could take a more patient approach before picking his next club.

According to USA Today’s Tyler Dragon, Landry could wait until the “dust from the NFL Draft” settles and the market for wide receivers gains some clarity.

It might simply be a leverage play for the veteran receiver. Landry fired his agent and reportedly set a high asking price for teams to hit. No deal came to fruition with front offices seemingly turning their focus to the top NFL Draft prospects at wide receiver. 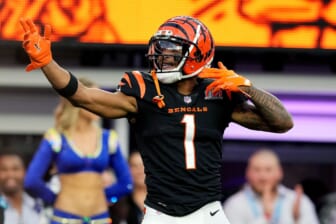 Patience might narrow Landry’s options, but it could also create a sense of desperation. If a team misses out on its top targets at receiver in the NFL Draft, adding Landry will be one of the lone options remaining.

In terms of potential destinations, three NFL teams stand out.