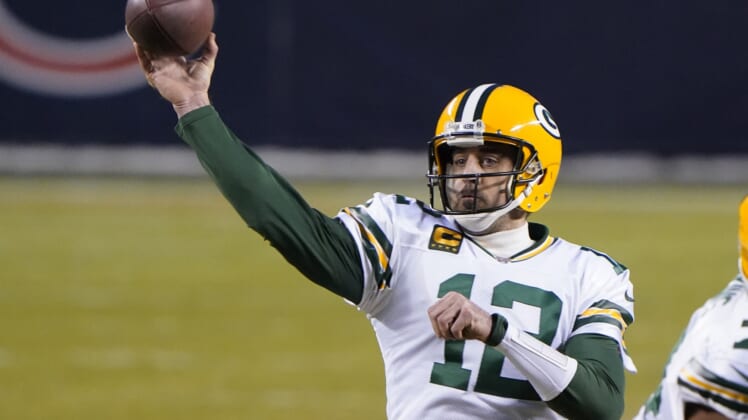 The Green Bay Packers face an alarming salary cap crunch this offseason, one that could make it difficult to sign J.J. Watt or even to re-sign the likes of Aaron Jones and Corey Linsley. After weeks of trade drama around Aaron Rodgers, the Packers might now need help from their future Hall of Fame quarterback to get under the NFL salary cap.

Green Bay already made some financial-based decisions with its roster. The team released linebacker Christian Kirksey and offensive tackle Rick Wagner, parting ways with two of their starters who played in the NFC Championship Game. Even after restructuring David Bakhtiari’s contract, more moves are essential for this team to be cap compliant before the 2021 league year opens.

Rodgers hasn’t been shy about hiding his long-term uncertainty with the Packers. This is the same organization that spent its 2020 first-round pick on Jordan Love, taking a quarterback who might not even be ready to be a backup quarterback in 2021. After falling short in the playoffs once again, Rodgers certainly wants to see Green Bay take advantage of its Super Bowl window by making win-now moves this offseason.

According to ESPN’s Rob Demovsky, the Packers are almost certain to restructure Rodgers’ contract this spring. He is currently set to receive a $14.7 million base salary this season, with a $6.8 million roster bonus due in March. The 37-year-old would certainly love to receive an extension, ensuring him more guaranteed money in the next few years, and that can also benefit the Packers.

Green Bay could agree to a contract restructure, providing Rodgers with more guaranteed money in 2022 and 2023. With that comes a drop in his cap number for this upcoming season. In the best-case scenario for the team’s 2021 cap situation, the Packers could wipe $14 million off its books next season.

It would still put the team over the projected cap ceiling, even before they re-sign players or account for money owed to their 2021 NFL Draft picks. But contract extensions for Davante Adams and Adrian Amos and cutting Dean Lowry and Mason Crosby would go a long way in turning things around.