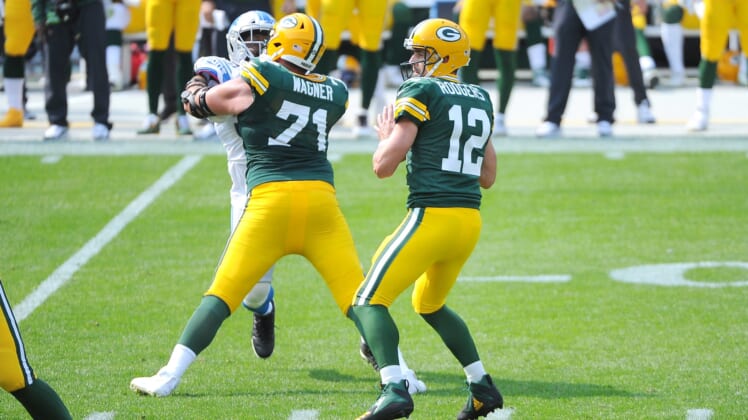 The Green Bay Packers are making tweaks to their roster, and that means some tough decisions on veteran players.

According to ESPN’s Rob Demovsky, Wagner is considering retirement, and these moves will save the Packers over $10 million in cap space for 2021:

It’s clear the Packers need an upgrade particularly at the inside linebacker position if they’re meant to become more formidable versus the run. Kirksey just wasn’t getting it done, ranking 61st in Pro Football Focus’ 2020 player grades.

Wagner’s release is a little more surprising since Green Bay’s offensive line played at such a high level around NFL MVP quarterback Aaron Rodgers. However, the fact that Wagner might retire made the decision a little easier to cut him loose.

Packers general manager Brian Gutekunst seems zeroed in on ensuring the team has enough room for a big contract extension for center Corey Linsley. Other incumbents such as Billy Turner and Elgton Jenkins are two of the most versatile linemen in the NFL, which made Wagner more expendable for Green Bay.

Still approximately $10 million in the red when it comes to the 2021 salary cap, it’ll take more maneuvering from Gutekunst and the front office to pursue other players on the open market.

Retaining a playmaker like running back Aaron Jones seems like a tall task, because he can probably find more money with a championship-caliber team elsewhere and not have to worry about a potential timeshare with 2020 second-round pick AJ Dillon.

Beyond Jones and Linsley, there aren’t any other marquee free agents the Packers need to feel pressed to shell out tons of money for.

Green Bay could still save another $8 million by cutting or trading Preston Smith, and already got a bonus boost when star left tackle David Bakhtiari restructured his monster contract.

But Bakhtiari is injured and may not be ready to play Week 1 next season, so with Wagner out of the picture, the Packers either need some young players to step up or should be proactive in pursuing a new offensive tackle in free agency.

The defense also needs improvement, particularly at Kirksey’s linebacker spot and at cornerback, which lacks depth outside of lockdown star Jaire Alexander.

This past season showed Rodgers can make magic happen regardless of the fact that Green Bay made no effort to add weapon around him in the 2020 offseason. He’s athletic enough to extend plays with his legs, and the Packers have a strong enough line in place to protect him.

Never big-time spenders in free agency, look for Green Bay to be sensible with its limited budget, add some modest upgrades on the defensive side of the ball. The Packers will hopefully hit a couple home runs in the draft thereafter immediate contributors — as opposed to drafting for the future like they did last year with Rodgers’ presumed successor Jordan Love and Dillon in the first two rounds.