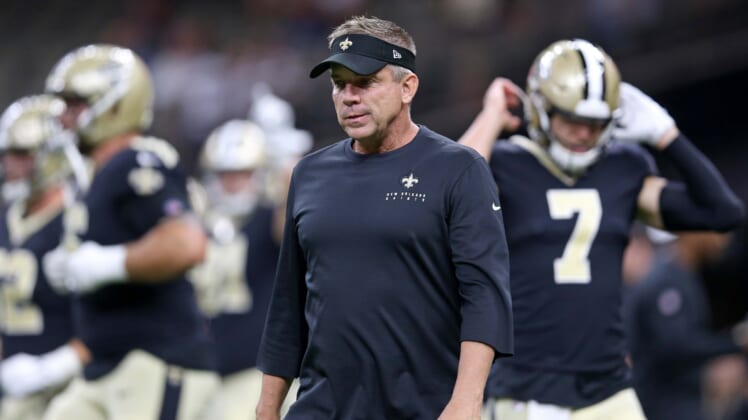 Everyone in the NFL was shocked when the news of the Miami Dolphins firing Brian Flores broke. It came out of nowhere after a 9-8 season that included a seven-game winning streak. We’ve since learned the Dolphins may have had bigger plans, like adding Sean Payton from the New Orleans Saints.

The last time we heard of this rumor, it was believed the deal did not happen due to the Flores lawsuit coming to life. But now we’re learning that may not be the full story, depending on who you ask of course.

Basically, the new story going around centers on the Dolphins placing a call to now-Saints assistant general manager Jeff Ireland, who once was Miami’s GM, from 2008-13 under the ownership of Stephen Ross.

After Ireland spoke with Loomis about the potential acquisition, the former Dolphins GM allegedly told the Saints “don’t bother“.

Why don’t the Saints want to trade Sean Payton?

It could be that the Dolphins were told not to seriously pursue a Sean Payton trade because they knew of his potential interest in joining the media side of football, knowing the coach will receive a much more attractive offer elsewhere.

Or, it could be as the first rumor stated, that the Saints knew the Dolphins would then pursue Tom Brady. Maybe the Saints didn’t want to hand the Dolphins what could be perceived as a superstar pairing with Payton and TB12, even in they are in separate conferences.

After all, having Payton coach elsewhere and have immediate success wouldn’t make current Saints GM Mickey Loomis look very good. If Payton can compete with a new roster, why couldn’t Loomis provide a winning atmosphere for him this past season in New Orleans? And what about the cap situation? How did they manage to put themselves $42 million over the cap?

Still, it remains peculiar that the team wouldn’t even entertain a potential Payton trade, when Loomis gloated about being prepared with a trade compensation chart for when interested teams contact him. As the Saints do work on clearing up their salary deficit in preparation for the start of 2022, wouldn’t having the additional assets from a Payton to the Dolphins trade help them get started?

Instead, they’re choosing to be stubborn, plugging their ears as they ignore a potential avenue to improve. Watching what happens with Payton over the next few years will be an interesting tale.

Payton may even come back with the Saints after a year away, knowing the organization has a lot of salary cap hurdles to clear just to field a competitive roster, let alone one that can actually compete for a Super Bowl. Otherwise, the Dallas Cowboys lurk in the shadows.