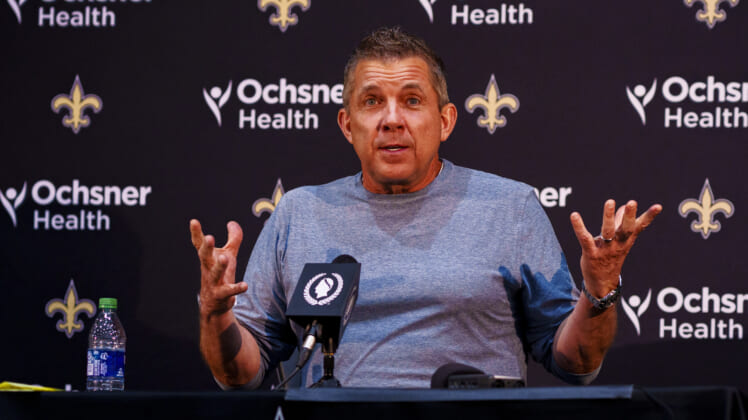 When Sean Payton stepped away from coaching the New Orleans Saints, he expressed an interest in television and made it clear he could one day return to the sidelines. While football fans won’t see him coaching in 2022, he could be in the broadcast booth.

The 58-year-old is taking a break from coaching, using at least the next year to recharge after a challenging career on the sidelines. But after seeing how quickly Tony Romo and Drew Brees transitioned into broadcasting and television work, becoming an analyst could be a way for Payton to remain involved with football.

He’s also hitting the market at the right time. Troy Aikman’s contract with FOX is over and he is going to be heavily pursued by networks coveting the former Dallas Cowboys quarterback. Additionally, the NFL’s new broadcasting contracts kick in this fall and that means more money for TV networks and their analysts.

NBC Sports’ Peter King believes both FOX and Amazon will be interested in Payton. With the former head coach publicly expressing interest in joining a broadcast booth, he likely becomes one of the top candidates available for both NFL partners looking to add his insight and personality.

FOX could be looking to replace Aikman if he departs and Amazon will be the exclusive broadcaster of Thursday Night Football. While both companies could get into a bidding war for Payton, they would also know he might not stick around for long.

King thinks Payton could spend the next two years working in television before making a return in 2024. At that point, the Saints would engage in trade discussion with the countless teams who want Payton to lead their organization in the future.

Whatever Sean Payton wants to do during his hiatus, the opportunities will be available. Once he’s mentally ready to return to the sideline, there will be even more employers ready to hire him instantly.