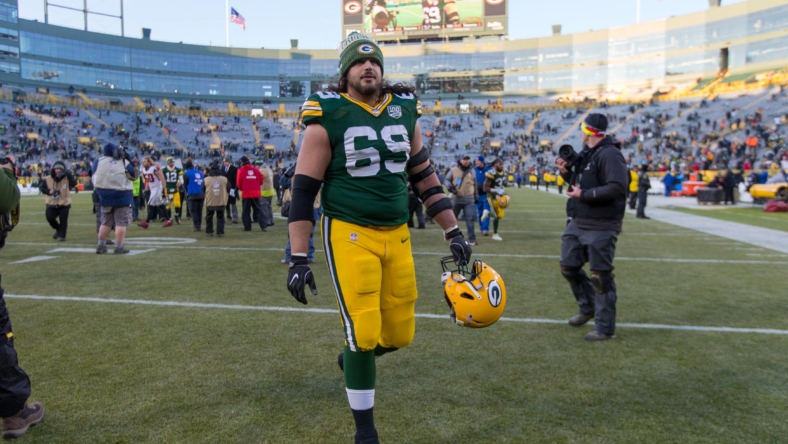 But the team did get a massive lift from an old friend in five-time All-Pro left tackle David Bakhtiari, who returned to the starting lineup for the first time since Week 18 of last season against Detroit. It was the first time that both Bakhtiari and Pro Bowl offensive lineman Elgton Jenkins started together on the offensive line since January 3, 2021. Bakhtiari only played 50% of the snaps because Green Bay wants to ease No. 69 back into things, but Green Bay’s offense is in a whole other stratosphere with those two in the lineup.

Tampa’s pass-rush had a difficult time getting to Rodgers

The last time the Packers faced off against the Buccaneers, it was the 2020 NFC Championship Game. David Bakhtiari did not play due to a torn ACL. Tampa Bay was able to sack quarterback Aaron Rodgers five times for a combined 32 yards. Green Bay would go on to lose 31-26.

This time around, Green Bay had both Bakhtiari and Jenkins protecting the edges for Rodgers. Tampa was only able to register one sack on 36 dropbacks. Bakhtiari only allowed one pressure on 17 pass-blocking snaps. He earned a PFF grade of 78.6. That was the best grade of any Packers offensive lineman that took the field on Sunday.

Having Bakhtiari made this Packers offensive line much stronger than Tampa Bay’s pass-rush. Against one of the best defenses in football, Bakhtiari made Green Bay’s offense better because he gave Rodgers time to be efficient while also giving his other fellow teammates on the offensive line the confidence and comfortability knowing that he was out there going to war with them.

While Yosh Nijman still played 27 out of a possible 62 offensive snaps, Green Bay will continue to gradually bring the 10-year veteran in Bakhtiari back to playing 100% of the reps. It is clear that his impact while playing roughly 50% of the snaps is amazing. Imagine what happens once he gets back to playing at full strength. With No. 69 back and No. 74 fully back in Elgton Jenkins, the Packers should have an elite offensive line.

Green Bay has some difficult pass-rushers that they will face as the season moves along. The likes of Matthew Judon, Chase Young, Von Miller, Micah Parsons, Robert Quinn, as well as Za’Darius Smith and Danielle Hunter are all going to face the Packers’ offensive line in the trenches this season. But with Bakhtiari almost fully back, along with the versatility of Jenkins, Green Bay’s offensive line is in a completely better place than they were at the start of the season or even late last year.

Not only will Rodgers now have plenty of time to find the open receiver, but running backs Aaron Jones and A.J. Dillon will be able to find open space for big plays on gameday. Green Bay’s Super Bowl chances take an even bigger step forward with Bakhtiari all the way back. Packers fans saw that firsthand with his impact in Sunday’s win in Tampa Bay.