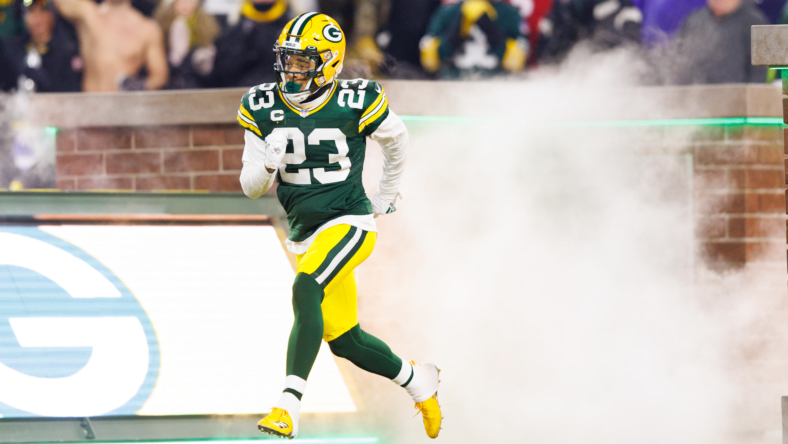 In the Aaron Rodgers vs Tom Brady showdown in Week 3, the Green Bay Packers will have to learn how to prevent a TB12 comeback without their shutdown cornerback for the rest of the game. Fifth-year pro Jaire Alexander suffered a groin injury in the first half, and now the Packers have officially ruled him out of the rest of the contest.

While the Packers have been able to hold a 14-3 lead, Brady has been efficient for his part, and we’ve seen the seven-time Super Bowl winner lead several big comebacks in his day. 28-3, anyone?

While losing Alexander doesn’t automatically make the Packers suddenly bereft of talent, they still have last year’s late-season sensation, Rasul Douglas, to go with Adrian Amos and Darnell Savage in the starting secondary. But obviously, Alexander is the most talented in the group.

Alexander has tallied eight tackles (one for loss) and a pass deflection so far in two games of the 2022 season. He did not record any stats before leaving this game either. There is no indication of how serious the injury may be as far as long-term implications, but in the short term, he will not return against the Buccaneers.

His replacement, Keisean Nixon, promptly forced a fumble on Russell Gage, which the Packers were able to recover in the third quarter. While Nixon, a fourth-year pro with two career starts, may not have nearly the same amount of experience as the Pro Bowl talent he’s replacing, the Packers will take the early impact he’d made so far.

Still, expect to see Brady target Nixon through the air in the second half. Without Alexander in the lineup, and the Buccaneers trailing by two scores, there will likely be plenty of opportunities for the 25-year-old cornerback out of South Carolina.