Dallas Cowboys interest in adding a wide receiver: A look at 3 options 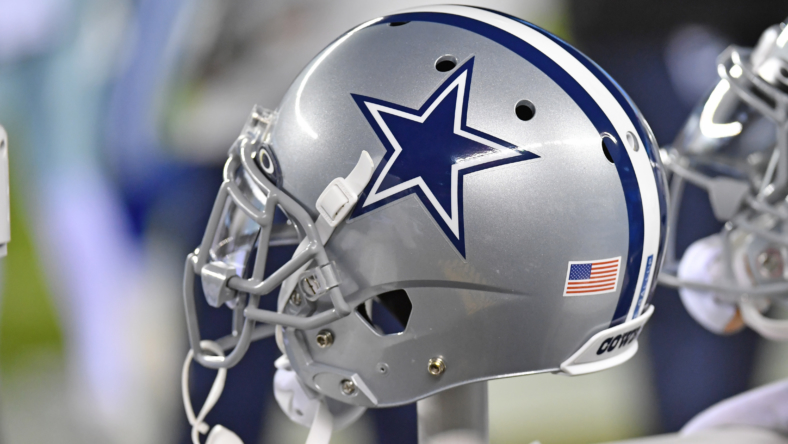 The Dallas Cowboys currently find themselves at 6-2 on their bye week before starting a second half stretch that begins with a game against the Green Bay Packers in Week 10.

Dallas has won six of its past seven since a season-opening loss to the Tampa Bay Buccaneers. It has returned the likes of quarterback Dak Prescott and wide receiver Michael Gallup from injury. Things are certainly looking up for head coach Mike McCarthy and Co.

This doesn’t mean that the powers to be in Big D are not actively looking to improve the roster even following last week’s NFL trade deadline. In fact, Dallas thought it had a deal in place for Houston Texans star wide receiver Brandin Cooks before things fell apart due to finances.

According to NFL insider Josina Anderson, the Cowboys have talked to several free agent wide receivers and could look to add one here soon.

There’s certainly a need here. CeeDee Lamb leads the Cowboys with 42 receptions and 556 yards. Veteran Noah Brown is second with 25 catches. Meanwhile, Gallup has caught a mere 12 passes in five games since returning from an ACL tear he suffered late last season. Below, we look at three options for the Cowboys on the free-agent market.

Jerry Jones takes a chance on Will Fuller

Fuller’s injury concerns are by now well known. The 28-year-old former first-round pick of the Houston Texans suited up in just two games with the Miami Dolphins a season ago. He has not played in more than 11 games since the Notre Dame product’s rookie season back in 2016.

With that said, Dallas could use someone of Fuller’s ilk. He can still run a 4.3 40-yard dash and has a history of taking the top off defenses. Back in 2020 with the Texans, Fuller caught 53 passes for 879 yards while scoring eight touchdowns. If he’s healthy, Fuller would be a tremendous addition for Dallas.

After playing just two games with the Tampa Bay Buccaneers earlier this season, the embattled Beasley opted for retirement. Based on his social media activity, the former Cowboys receiver is done playing. He’s made that clear.

With that said, one team that might be able to pry Beasley out of retirement is the Cowboys. He starred for them from 2012-2018, acting as one of the most underrated slot receivers in the game. In fact, Beasley caught 75 passes for 833 yards with Dallas back in 2016. The question here is whether Jones and Co. would take the PR hit that’d come with signing Beasley.

NFL Media’s Ian Rapoport and Mike Garafolo reported on Sunday that the Cowboys have Beckham Jr. on their radar. It makes sense given that Dallas was active ahead of the NFL trade deadline despite not being able to pull off a trade.

Returning from a torn ACL he suffered last season, it stands to reason that Beckham Jr. will want to join a contender. Thus far, he’s been linked to the Buffalo Bills, San Francisco 49ers and his former Los Angeles Rams team.

A move of this ilk for Dallas would enable Gallup to play more in the slot with Beckham Jr. lining up opposite Lamb, creating a tremendous trio of pass-catchers for quarterback Dak Prescott. The only potential hiccup here is that OBJ is said to be demanding a deal similar to the five-year, $57.5 million contract Gallup signed with Dallas this past spring. It remains to be seen if the Dallas Cowboys have the finances to pull off said deal.