Miami Dolphins wide receiver Will Fuller will miss at least the next three games after being placed on injured reserve Wednesday.

Fuller, 27, sustained a broken finger while attempting to make a diving catch during the second quarter of the Dolphins’ 27-17 home loss to the Indianapolis Colts on Sunday. He finished with one reception for 6 yards while playing in his second game with the team.

A first-round pick by the Houston Texans in 2016, Fuller signed a one-year, $10 million contract with Miami in March.

Last season, Fuller set career highs with 53 receptions for 879 yards and eight touchdowns in 11 games. He missed the final five games after receiving a six-game suspension for violating the league’s policy on performance-enhancing substances. 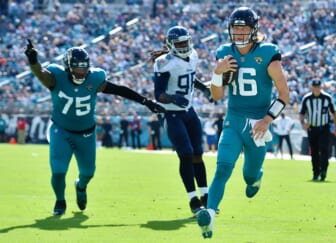 Fuller completed the punishment by sitting out Week 1 of the 2021 season, then missed Week 2 for personal reasons. He made his Miami debut on Sept. 26 at Las Vegas, catching three passes for 20 yards with a two-point conversion in the 31-28 overtime loss to the Raiders.