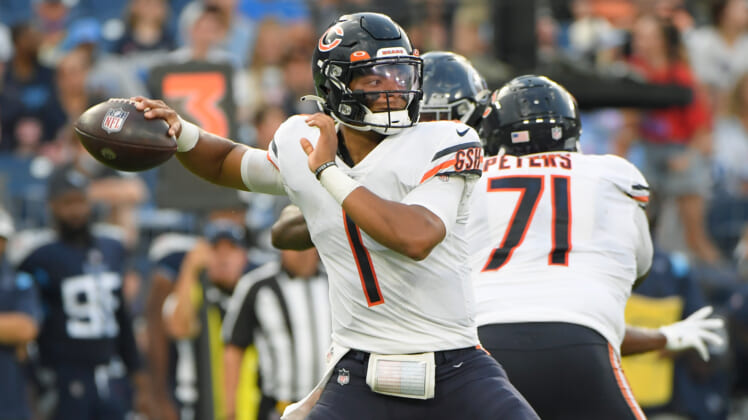 That’s until Chicago found itself down 20-7 in the third quarter and needed to punch it into the end zone. On first and goal from the three-yard line and just over four minutes left, Fields replaced Dalton under center.

In what was a run-pass option, the rookie first-round pick from Ohio State got out on the edge and rushed it in from three yards out to give the Bears their second touchdown of the game.

Justin Fields appeared earlier in the game, completing a nine-yard pass. He went nearly two quarters without seeing action as the Dalton-led Bears offense stumbled at nearly every turn. It led to NFL fans calling for Fields to replace his veteran counterpart under center.

Despite this touchdown run, Dalton was on the field for Chicago’s next possession. It’s certainly going to be interesting to see this play out in the Windy City moving forward on the season.

For now, Justin Fields joined fellow rookies Mac Jones, Trevor Lawrence, Zach Wilson and Trey Lance to get his first regular-season touchdown in his debut on Sunday. Not too shabby.