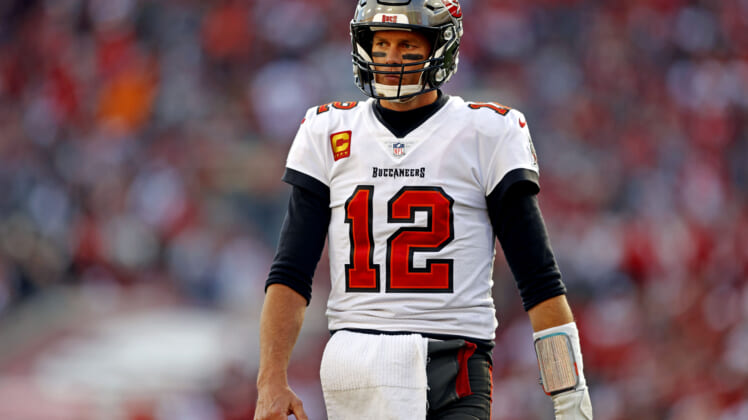 The Tampa Bay Buccaneers have reportedly freed up an extra $9 million in cap space by restructuring the contract of franchise quarterback Tom Brady.

On Friday, ESPN NFL insider Adam Schefter reported that Brady and the Buccaneers have worked on a restructured version of his contract that will free up $9 million in extra space for the team this season. Before the move, the team had the sixth-lowest amount available under the NFL salary cap with $4.4 million.

After retiring from the team in February, the NFL legend reversed course and decided to return for another season in Tampa Bay a little more than a month later. Not long after his announcement however, head coach Bruce Arians stepped down from his role and is being replaced by defensive coordinator Todd Bowles for the 2022 season.

The Bucs still have several free agents from last year’s team and the squad that won the franchise’s second Super Bowl two seasons ago. Let’s take a look at three possible moves the team might make using some of the extra cap space they now have.

This one is a no-brainer. Brady and Rob Gronkowski were the dynamic duo from New England that helped bring a championship to Tampa Bay in their first year back together. While Gronkowski hasn’t given the impression that he is fired up for another Super Bowl run, he hasn’t retired from the sport a second time either.

While the 32-year-old has openly flirted with the idea of joining the AFC Champion Cincinnatti Bengals to play with young-gun superstar Joe Burrow, this also came before Brady’s unretirement. Now with some money freed up, the team will surely keep their QB happy and bring back one of his favorite targets.

Speaking of making No. 12 happy, Julio Jones has an interested party in the seven-time Super Bowl champ. In March, the former Falcons great was cut by the Tennessee Titans after just one injury-filled season. Yes, Jones is not the player he once was when he went to seven straight Pro Bowls, but at 33 he probably still has enough yet to squeeze out one more strong season in pursuit of a championship.

If Tom Brady wants him on the team, it’s probably a good sign, and there is a strong possibility the team will oblige the requests of the football icon.

Veteran defensive anchors Ndamukong Suh and Jason Pierre-Paul were both key parts of the team’s championship run in 2020. Both are still available on the free-agent market despite teams being able to sign talented mercenaries over a month ago. Their availability might be an indictment of their skill level after well over a decade of pro football miles on their bodies, but they still have value to certain teams. 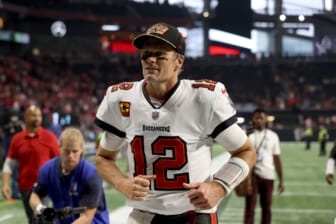 Also Read:
Tom Brady’s return decision: ‘I know I don’t have a lot left … I wish you could go forever’

One of those teams is the Buccaneers. They are both well versed in the defense Bowles will look to have as the team’s new top shot caller. Plus, at this point in their careers, both will likely come at a team-friendly discount as they look to make solid money and compete for another title. However, the Bucs can’t sign both, so they will have the tough decision of deciding which would be a better choice to return in 2022.