Tom Brady’s return decision: ‘I know I don’t have a lot left … I wish you could go forever’

Tom Brady’s return decision in 2022 was based on the fact that the NFL legend was well aware his career is almost over, and he was unwilling to let it come to a close when he was still physically able to have it end on a better note.

Brady shocked NFL observers when he announced his retirement from the sport on February 1. Despite being 44-years-old he was still playing at an elite level and seemed more than capable of competing until he hit the half-century mark in life. However, after various rumblings of a possible return in the weeks following his announcement, it was far less stunning when the New England Patriots icon walked his decision back and proclaimed he would return to the Buccaneers a little over a month later.

In a conversation with ESPN on Monday, Tom Brady explained why he decided to call a life audible and return to the league for the 23rd season. Much of it had to do with the simple fact that opportunities like this are fleeting, and he felt the need to exhaust those moments because the draw of spending more time with his children was very real.

Tom Brady felt the itch to return soon after his retirement

“I know I don’t have a lot left, I really do,” Brady said. “I know I’m at the end of my career. I wish you could go forever, but it’s just not and football comes at too high of a cost now. My kids are getting older and it’s just getting harder and harder to miss these things. But, I wanted to give myself and my teammates and our organization another incredible opportunity to accomplish something that we’d all be very proud of.”

In the conversation, the seven-time Super Bowl champion admitted that it wasn’t long after his retirement that he started to have the itch to play in 2022. After talking with many key confidants in Tampa Bay, including former head coach Bruce Arians, his choice became clear.

His body was up to the task of another season, his love for competition was as strong as ever, and he felt the organization had unfinished business following their 30-27 divisional-round defeat to the Rams. 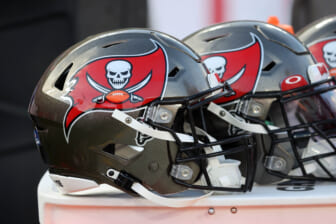 Last month, Arians stepped down as head coach, and defensive coordinator Too Bowles will lead the team in 2022.