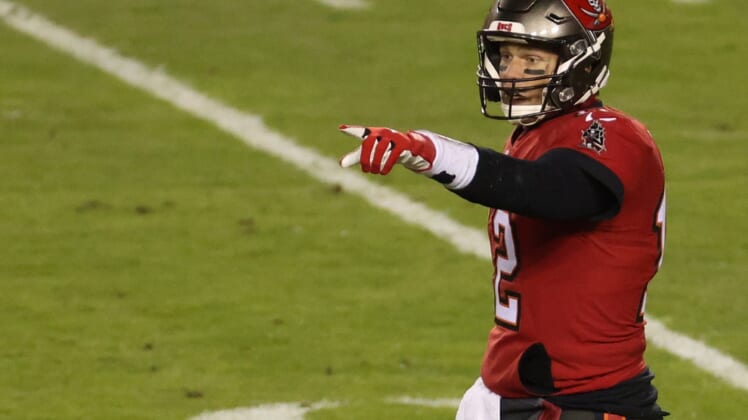 Tom Brady already won a Super Bowl for the Tampa Bay Buccaneers and now he’s coming through for the team once again. With the NFL salary cap plummeting due to the COVID-19 pandemic, the future Hall of Fame quarterback has signed an extension to help the Buccaneers run it back in 2021.

After celebrating a Super Bowl LV victory, which included an intoxicated toss of the Lombardi Trophy, Brady and the Buccaneers went to work on plans to win another one. With many of their top starters set for free agency, Tampa Bay needed financial flexibility to retain its core players.

Brady started discussing an extension with Tampa Bay a few weeks ago and the two sides closed in quickly on a new deal. Now, the terms have been finalized as the greatest quarterback in NFL history came through for his team once again.

ESPN’s Adam Schefter broke word on Friday that the Buccaneers agreed to a four-year extension with Brady. While the contract covers four seasons, it is structured differently. Brady will be under contract through the 2022 season, with Tampa Bay voiding the final two years after that.

It’s a brilliant move by the Buccaneers and a sign of Brady’s desire to win another Super Bowl in Tampa Bay. The new extension will reportedly create $19 million in cap space for the Bucs, the kind of savings that can be used to retain many of the top contributors who helped this team win the Super Bowl.

The road to hoisting the Lombardi Trophy in 2022 is already underway. The Buccaneers signed star linebacker Lavonte David to a multi-year extension and placed the franchise tag on wide receiver Chris Godwin. Meanwhile, Tampa Bay is discussing a long-term deal with edge rusher Shaq Barrett and wants to do the same with Godwin.

Of course, those aren’t the only players who could return next season. The Bucs want to re-sign Antonio Brown, Rob Gronkowski only wants to play with Brady and Ndamukong Suh could return for a shot at a second Super Bowl ring.

Related: Tom Brady and Odell Beckham Jr. want to play together in near future?

There’s another factor potentially at play for Tampa Bay. With so many NFL veterans being cut around the league as other teams work to get under the NFL salary cap, some of them might have eyes for the Buccaneers. The Buccaneers could offer a one-year deal, allowing players to cash in next offseason, while teaming up with Brady and competing for a Super Bowl.

Many will also keep an eye on Odell Beckham Jr. While the Cleveland Browns seem intent on keeping him, plans can change quickly. OBJ and Brady want to play together and while it would be difficult to pull off a trade, it’s not impossible. Stay tuned, the Buccaneers might be building a super team.