Are Bill Belichick and the New England Patriots targeting a quarterback early in the draft? After heavy free-agent spending, things could be headed that way. 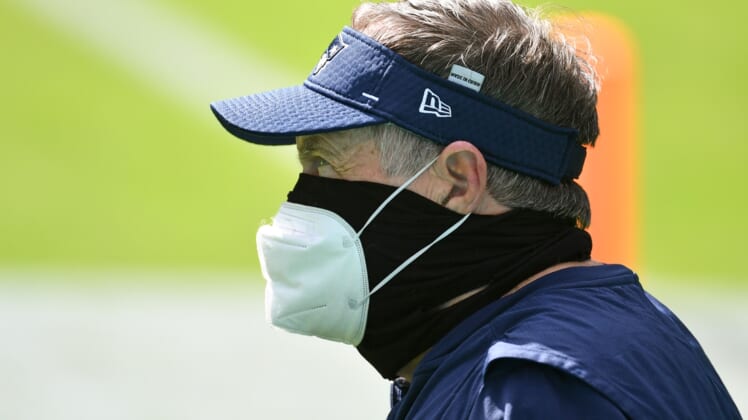 Without tipping his hand as to who the New England Patriots may be targeting in the first round of the 2021 NFL Draft, coach Bill Belichick characterized this year’s quarterback class as “an interesting group.”

The Patriots re-signed Cam Newton, who struggled during his first season with the Patriots last year, and are widely expected to look to the draft to bolster the position.

Trevor Lawrence is the presumptive No. 1 overall pick by the Jacksonville Jaguars. After that, Zach Wilson, Mac Jones, Justin Fields and Trey Lance are all potential top-five picks. The Patriots currently have the No. 15 overall pick, their highest first-round selection since 2008, but will likely have to trade up to land one of the top quarterback prospects.

The evaluation process has been complicated further with college conferences playing vastly different schedules than normal in 2020 due to COVID-19 concerns.

The only other quarterbacks on the Patriots’ roster are 2019 fourth-round pick Jarrett Stidham and undrafted Jacob Dolegala. The team did spent a league-record $165 million in guaranteed money during free agency, but did not focus bring in another veteran quarterback.

The Patriots look to rebound after a 7-9 record last season resulted in them missing the playoffs for the first time since 2008. They currently have 10 picks in the 2021 NFL Draft.

“I think the best thing we can do is do our homework, know the players, know the board,” Belichick said when asked about the Patriots’ strategy around the 15th overall pick. “And when we walk into the room for the final exam and see the questions on the test when it comes our turn to pick or maybe spots in front of our pick, then we have to potentially start making some decisions.

“Sometimes people will come to you with opportunities that you may not have anticipated and you have to make those decisions then, as to whether or not you would want to move your selection pick up or down, depending on what the offer is.”