Best NFL highlights from Week 1 of the preseason 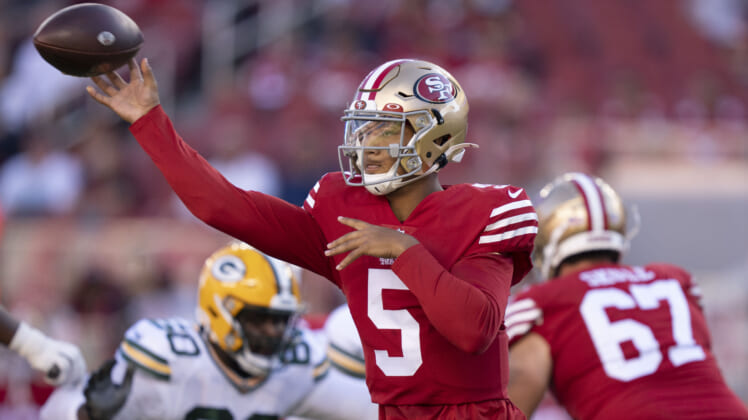 Every week the NFL delivers something special. Maybe it’s a game-winning throw or a game-sealing interception. No matter what, millions of football fans are treated to a collection of must-see plays. We thought it would be valuable to collect some of the best NFL highlights from Week 1 of the preseason, so that’s exactly what we did.

This moment was special for many reasons. Obviously, any time you can make a game-winning throw, you’re going to have lots of fans in the home stadium, but Kenny Pickett‘s touchdown at Acrisure Stadium felt like a bigger deal than most preseason games feature.

Pickett played his college career on the same field, with the Pitt Panthers, only now he gets to do the same with the Pittsburgh Steelers at the NFL level. Of course, Pickett’s currently third on the Steelers’ QB depth chart, so moments like these may be hard to come by, at least to begin his career.

Then again, maybe if he can keep showing off like this, Mike Tomlin’s decision to stick with Mitchell Trubisky may not last long.

There were a lot of dimes dropped this week, and if you keep scrolling, you’ll find many more. But Trey Lance‘s 76-yard bomb may have been the best in show. With Lance stepping into the full-time starting QB for the San Francisco 49ers, we’ll have many more opportunities to see his arm talent throughout the year. This is just a sneak peek of what’s to come.

There were a lot of great catches this week, and it’s tough to say one was whole-heartedly better than the others. But then you come across Tajae Sharpe, and we realize it’s an easy decision. But we do have a couple more honorable mentions. For a guy who’s fighting to make his fourth different roster in as many seasons, Sharpe is off to a good start.

Admittedly, I’ve never heard of Tennessee Titans undrafted rookie running back Julius Chestnut before this week, but he’s made his mark now. Not only in the minds of thousands of NFL spectators but also probably left visible marks on several members of the Baltimore Ravens’ D. He doesn’t even have a Pro Football Reference page, but they might want to get to work if the 21-year-old can keep this up.

That poor receiver never saw it coming, but Tarell Basham had this play read like a book. Football’s back folks.

But I’ll be honest, there were a couple of other hits that also caught my eye. It’s tough to find just one.

We just love football. The collection above may have been the best of the best, but there were several other NFL highlights that stuck out this week. Here’s a healthy amount of the best football we saw in Week 1 of preseason action.