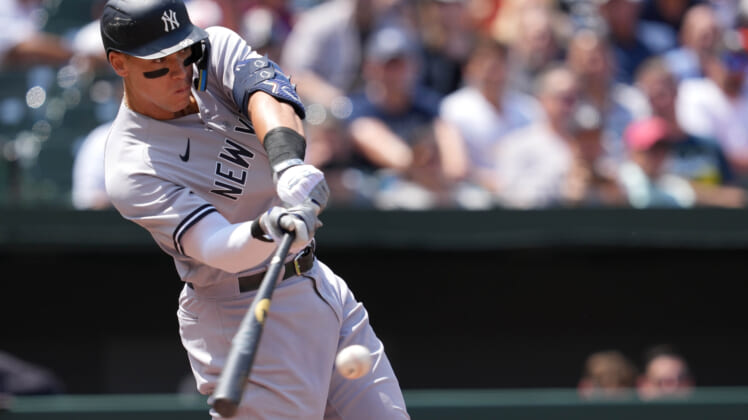 The New York Yankees couldn’t agree to terms with Aaron Judge on a contract extension this offseason, allowing the All-Star outfielder to play out the final year of his deal. It’s an outcome that will prove quite costly for the organization.

Judge wants to stay in New York, playing his entire career in front of the raucous crowd at Yankee Stadium and being in the MLB MVP race on a yearly basis. However, the 30-year-old outfielder also knows his value as a player and face of the franchise.

The Yankees didn’t come close to signing an extension with Judge during the offseason. Before opening day, general manager Brian Cashman publicly stated that the club offered Judge a seven-year extension worth $213.5 million, a $30.5 million AAV that would have made him one of the highest paid MLB players.

Judge swiftly declined the offer and the Yankees’ decision to go public, an effort by Cashman to win the battle for public opinion, didn’t go over well. But the All-Star slugger took the field in 2022 determined to prove his worth. Through nearly six weeks of action, New York is atop the MLB power rankings because of its biggest star.

The 6-foot-7 outfielder is playing even better as of late. Entering May 21, Judge held a .323/.403/.742 slash line in May with a 229 wRC+. Given where the Yankees sit in the MLB standings, he is a favorite to win AL MVP. Unsurprisingly, it’s having an influence on his next contract.

Appearing on The Rich Eisen Show, Jeff Passan of ESPN said that Judge is on pace to land a $300 million contract this winter. As long as he stays healthy, MLB teams are noticing how the MVP candidate is performing under the spotlight with more pressure on his shoulders than ever before.

The Yankees know his value better than anyone. He’s simply not a player who can be replaced in the lineup and he remains a quality outfielder defensively. Just as important, Judge is a star to market for a club with a fan base paying more than ever before for tickets and merchandise.

New York received plenty of criticism this offseason for not spending more to improve the team. Thus far, Cashman’s additions and spending choices have worked out. If Judge isn’t back on the roster in 2023, though, it will deliver a substantial blow to whatever faith is remaining in the front office.

Ultimately, it would be a surprise if the Yankees don’t sign Judge to a long-term deal. He is far too valuable for the franchise to lose. Whenever a deal happens, Judge will likely become the highest-paid hitter in baseball. Given his level of performance and the Yankees’ annual profits, he deserves whatever contract comes his way in 2023.