The Jacksonville Jaguars‘ first attempt to provide Trevor Lawrence with a solid foundation to grow from failed miserably with the hiring of Urban Meyer. So it’s no surprise that the face of the franchise is seeking partial say as the organization begins its search for the next head coach of the Jaguars.

As the broadcasters mentioned during the feed of the Week 15 matchup between the Houston Texans and Jaguars, Lawrence reportedly admitted during production meetings that he wants to be included in the hiring process. At the same time, Lawrence also realizes that he’s not quite qualified to make such a decision, but that he would appreciate having a partial role when it comes to hiring any potential candidate. 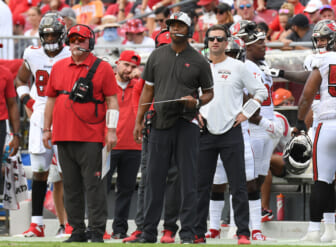 It’s unfortunate that one of the most-hyped-up prospects in the last decade was paired with one of the most dysfunctional situations in some time to start his career. Rightfully so, Jags owner Shad Khan was quick to admit his mistake, by firing Meyer after just 13 games and several distractions.

But if they don’t quickly turn the ship around, they run the risk of either ruining Lawrence’s career or even worse. Lawrence could quickly grow tired of losing and want out of Jacksonville altogether.

So, the Jags need to tread lightly when going through their head coach decision-making process. Look at what’s happened in Houston with Deshaun Watson, or even in Detroit with Matthew Stafford. There’s plenty of time to fix the Jags.

The Jaguars’ offense may not be pretty at the moment, averaging a league-low 14 points per game, but that shouldn’t be an early indictment of Lawrence’s abilities. Plenty of rookie quarterbacks have struggled before figuring things out in their second, or even third season. They just can’t afford to waste any more precious time during the beginning stages of Lawrence’s development as an NFL quarterback. 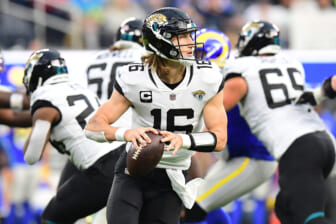