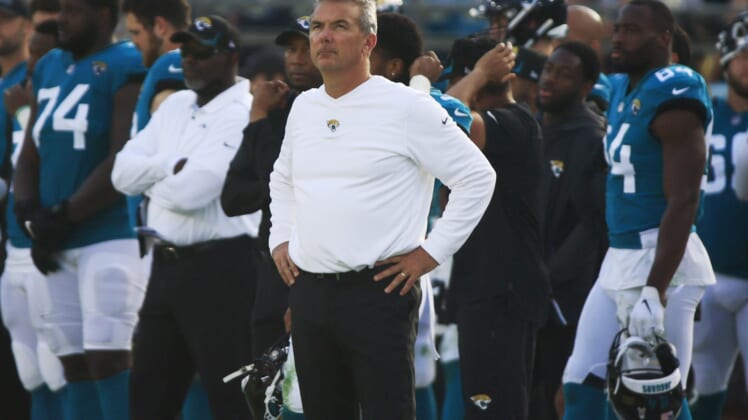 Even before the Jacksonville Jaguars fired Urban Meyer, many wondered if the coaching legend would eventually step away from the NFL to return to his roots at the college level. Following his ugly exit from pro football, there is now doubt about him ever coaching again.

In his first interview since being fired, Meyer apologized to Jacksonville and also blamed ‘fragile’ players and coaches when asked about his coaching style working in modern football. But many have still speculated that his success at Ohio State, Florida and Utah could lead to the 57-year-old returning to the NCAA.

But Sports Illustrated’s Albert Breer, who has covered the NFL years and has extensive ties to Ohio State, believes this could be the last time we see Meyer coaching on the sideline.

“I think Meyer’s done coaching. Maybe he’ll surprise me. But I think the meat grinder that is recruiting, which has only become more intense with the advent of the transfer portal and NIL, will keep him away.”

As Breer points out, Meyer talked in the summer about how draining recruiting was for him. Being a college football coach is even more taxing than the NFL, because of the hours spent each week recruiting, and it can be draining on those who have done it for decades.

It’s also important to consider Meyer’s comments to NFL Network over the weekend. He stated that part of his issue with football now is how much coaches are being paid. Seemingly not a fan of players being compensated for use of their name, image and likeness, college football seems like a poor fit for him.

Ultimately, the next time the football world sees Urban Meyer will likely be as a television analyst for FOX Sports or ESPN.