Deshaun Watson will be paid $620,000 for his efforts Week 1, when the Houston Texans‘ franchise quarterback is unlikely to play or even put on a uniform for the season opener against Jacksonville.

Watson would be a gameday inactive behind rookie backup Davis Mills and starter Tyrod Taylor under the plan general manager Nick Caserio described in a radio interview Wednesday.

“I wouldn’t expect him to play,” Caserio told Sports Radio 610 in Houston on Wednesday. “I wouldn’t anticipate him playing this Sunday and we’ll recalibrate as we go.”

Watson, whose base salary this season is $10.54 million, hasn’t budged in his standoff with the team that began during the offseason coaching search that turned up first-time head coach David Culley. Culley, a longtime assistant with the Baltimore Ravens, was not the first choice for Watson, who felt he should’ve been consulted and wanted Chiefs offensive coordinator Eric Bieniemy to get stronger consideration from Caserio. 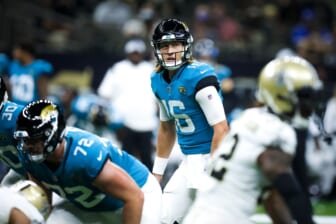 Watson, who turns 26 next week, demanded a trade. Then, allegations of sexual assault and misconduct came to light from more than 20 women Watson met through massage sessions. An investigation into those allegations remains active.

All the while, Watson has barely worked with teammates in on-field practices and scrimmages. He primarily stands in a stationary position on the scout team defense during the portions of practice open to media.

Taylor, named the starting quarterback this week, credited Watson for helping him get comfortable in the new offensive system. Taylor said Watson hasn’t been a distraction.

Taylor lost his starting job with the Los Angeles Chargers last season after a mishap with a pain-killing injection from a team doctor punctured his lung. Justin Herbert, a rookie first-round pick in 2020, excelled and was never displaced.