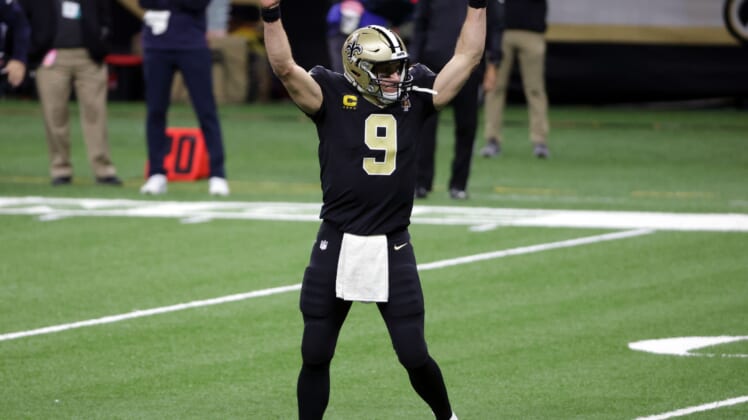 The New Orleans Saints found themselves as whopping 11-point home favorites against the Chicago Bears in their NFL Wild Card game on Sunday.

While it took Drew Brees and Co. some time to find rhythm, it became readily apparent that the 8-8 Bears did not have the firepower to keep up with their counterparts.

As we saw throughout the latter part of the regular season, New Orleans’ defense was about as stingy as it gets. Meanwhile, Mitchell Trubisky could not do anything of substance on offense. In the end, it culminated in a lopsided 21-9 Saints win. Here, we look at the biggest winners and losers from Sunday’s NFL Wild Card game.

If New Orleans had found a way to drop Sunday’s game, it might have been the final time we saw Brees on an NFL football field. Rumors around the Saints conclude that the 41-year-old Brees could call it quits after the playoffs. For good reason. He looked like a shell of his former self at times during the regular season, averaging what would end up being a 15-year low 245.2 passing yards per outing.

Brees once again relied somewhat on the short passing game on Sunday. However, he was as efficient as ever in this one. The future Hall of Famer completed 28-of-39 passes for 265 yards with two touchdowns and zero interceptions, completely outplaying Mitchell Trubisky in the process. Let’s see if Brees can keep it up against Tom Brady and the Buccaneers next week.

Seriously. How do you call taunting on that play? The Bears were set to face a third-and-five from inside New Orleans’ 10-yard line in what was a seven-point game. Instead, officials on hand at the Superdome called Chicago tight end Cole Kmet for taunting. There’s absolutely no way we can look at the replay and conclude that taunting took place.

Instead of facing a reasonable third down with the limited Trubisky under center, Chicago was forced to kick a field goal. Sure it did not play much of a role in what ended up being a 12-point game. It still doesn’t paint these officials in the best of lights.

Most quarterbacks tend to struggle more with pressure from the inside compared to out in the edge. It’s why the likes of Aaron Donald and DeForest Buckner have been major difference-makers in recent seasons. After putting up just nine quarterback hits and 1.5 sacks during the regular season, this former first-round pick was in Trubisky’s face all game.

It led to major struggles from the Bears’ passing game (191 net yards). All said, Rankins recorded two quarterback hits and a sack in a dominating all-around performance. It was needed with top Saints sack-getter from the regular season, Trey Hendrickson, sidelined to a neck injury.

We already know how limited Trubisky is when it comes to the Bears’ passing attack. In order for this team to even put up a fight against the Saints on Sunday, the quarterback needed someone to step up outside of No. 1 receiver Allen Robinson. Perhaps, Miller was going to be that guy after recording 49 catches during the regular season.

It did not happen. Miller was ejected early in the third quarter after landing a punch to the helmet of Saints defensive back Chauncey Gardner-Johnson. It came with Chicago attempting to move the ball in what was still a 7-3 game. It also came after the third-year receiver from Memphis hauled in a mere two passes on three targets. Ouch!

One year after breaking the single-season NFL record for receptions, Thomas found himself dealing with injuries throughout the Saints’ 16-game regular season. The dominant pass-catcher caught all of 40 passes in seven games without a single touchdown to his name. The Saints knew that Thomas needed to step up heading into the playoffs if they were going to go on a run.

For at least one game, that’s exactly what Thomas did. Taking on a still-elite Bears defense, he caught 5-of-7 targets for 73 yards. That included a game-opening 11-yard score from Brees. New Orleans now hopes that this is a sign of things to come heading into their divisional round playoff matchup against the Buccaneers.

We read the reports about Trubisky’s future in Chicago. The impending free agent and his Bears were not going to talk about a potential return until the playoffs ended. As for head coach Matt Nagy, he was seemingly on the hot seat before a late-season run helped Chicago earn a playoff spot.

At this point, one has to wonder if both will be gone following the Bears’ ugly 21-3 loss to the Saints. It was downright pathetic in the second half with Chicago tallying 32 total yards in its first four possessions. By the time the team was able to move the ball, it was already garbage time with New Orleans up 21-3. All said, Trubisky completed 19-of-29 passes while tallying 191 net yards. As a team, the Bears put up 11 first downs and 239 total yards. Just pathetic.